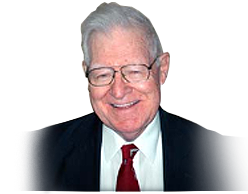 Lowell Tyler accomplished much during his tenure as state historian. He wrote two books, Charles Algernon Sidney Richardson Vivian and the Birth of the Benevolent & Protective Order of Elks as well as The History of the Florida State Elks Association from 1891. In his spare time, he completed The Encyclopedia of Florida Elkdom. Perhaps more importantly, though, is the passion he brought to this position. Whether you were listening to him give a report, talking to him one-on-one or reading a piece of his work, you could not help but be inspired. Tyler made history come alive for people and showed you why history mattered. Tyler wrote in the introduction to The History of the Florida State Elks Association that “history can be entertaining. It can be instructive. It can be a guide to the future. History can give meaning and purpose in what we do today as well as plan for our future . . . . What history tells us is that they have triumphed over their difficulties just as we must triumph over ours.”

What makes Tyler’s approach to Elks history additionally useful is that he employed the method of historicism. This is a method that examines historical events in the context of their time and place and explains how events are influenced by current beliefs and cultures. Much of Elks history can be viewed as a reflection of the times, and Tyler relates Elk actions to events happening in the country and around the world. Wars prompted Elks to start many volunteer movements that would have been unnecessary otherwise. Political regimes with which Americans did not agree inspired Elks to pursue a passionate commitment to Americanism. Our state major projects did and still do reflect the needs of the time, and as we know, these needs are ever-changing. By presenting Elks history in this form, we can see just how connected Elks history has been to social and political history for nearly a century and a half. We can see our current efforts continuing the legacy of our order and opening opportunities for future and improved volunteer possibilities. This connection enhances our role in the organization.

In his 2007 annual report, State Historian Tyler said, “After one has served as long as I have in this position and reached the age of ancient as I seem to have done . . . you begin to question just how successful you have been in trying to instill others with the value of history and in accomplishing problems of today and its link to our future. I just hope that in some way I have succeeded.”

Not only have you succeeded, Lowell Tyler, but you are keeping the story of Elkdom alive. You have given Florida Elks a priceless gift, one which everyone can and should partake of so that they gain a full appreciation of this worthwhile order. History proves that we are not perfect, but like you reported in 2010, “It is not enough to know and understand; we must consciously and conscientiously improve ourselves and how we address the problems that present themselves to us. We have a duty and it is always with us.”

In May 2014, Lowell Tyler was honored as historian emeritus.