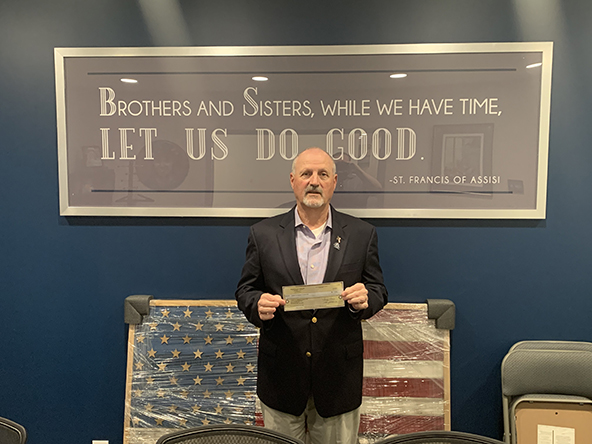 Brandon Elks Lodge #2383 made a $1,000 donation June 2 to the Tunnels to Towers Foundation, which was founded by Frank Siller, whose brother, Stephen, was a firefighter killed when the twin towers collapsed 9/11.  Since 9/11, Tunnels to Towers Foundation has supported Gold Star families (the immediate family members of fallen service members), families of fallen first responders, veterans and first responders who have suffered injuries in the line of duty. The lodge funded $500 and it was matched by a lodge member. The donation was earmarked for the "Let Us Do Good" village in Land O' Lakes, Florida. Tunnels to Towers has forecasted 100 homes to be built on the donated land in Land O' Lakes for injured veterans, first responders and the families of the fallen in this first-of-a-kind neighborhood.

Pictured is Frank Siller, president/chair/CEO of Tunnels to Towers Foundation, accepting the donation.