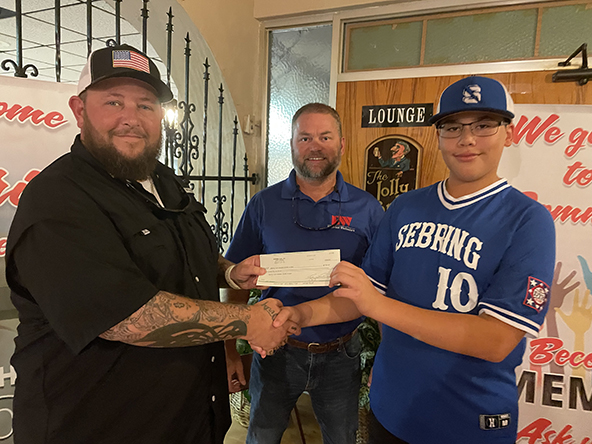 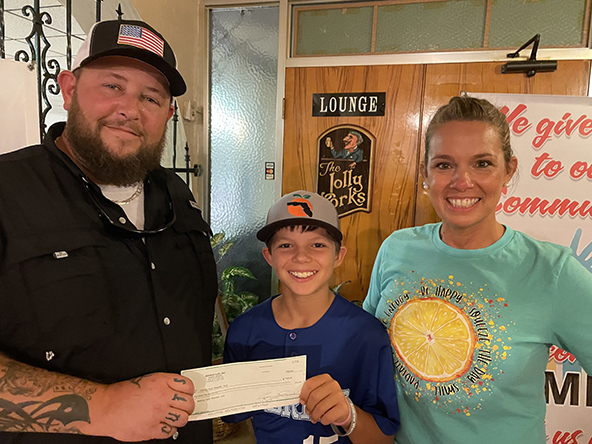 Sebring Elks are proud sponsors of the Sebring Youth Baseball AAA team and the Ozone All-Star teams. Both teams are heading to Laurel, Mississippi, as the Florida Dixie Youth Baseball state tournament champions in their divisions. On July 31 at the lodge, member Nick Tidwell presented each team with a $250 check. Coach Brian Simmons and Gabe Ford accepted for the AAA league and Carter Gose and his mother, Christi, accepted for the Ozone league. 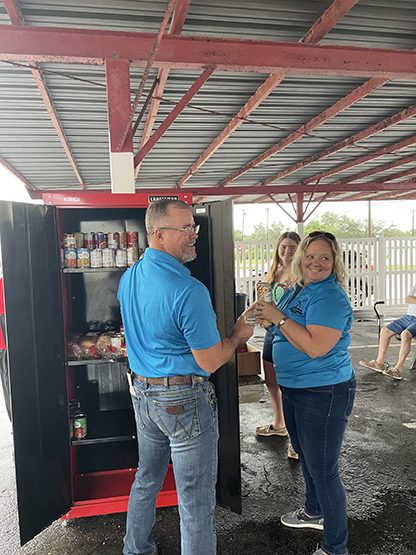 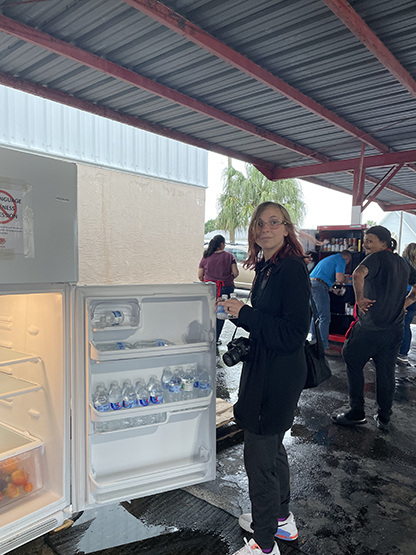 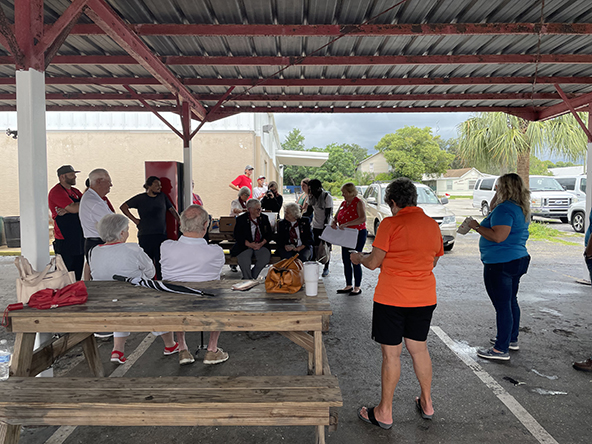 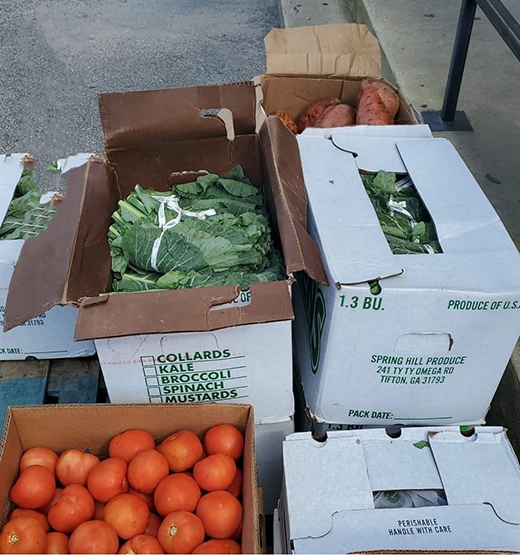 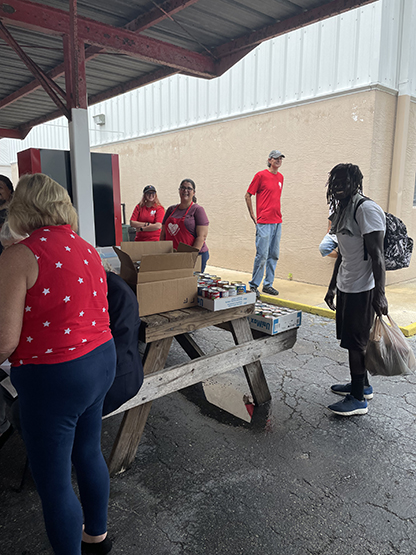 On July 3, Sebring Elks Lodge #1529 participated in a dedication of a refrigerator to the Hands for Homeless organization in Avon Park, Florida. This nonprofit organization started the community fridge program to meet the needs on a 24-7 basis of those who are homeless and food deprived in Highlands County. The lodge used funds from its Elks National Foundation Gratitude and Spotlight grants, totaling $4,000, to purchase the refrigerator and other supplies for those in need. Local chef Jacob Lyons provides takeout meals daily which are kept in the refrigerator. Dairy products and other items that need to be kept cool are also stocked in it. It is cleaned once a day and restocked three times a day. A dry goods pantry storage is available as well, and a pallet of food is kept nearby that varies daily and does not require refrigeration. Hands for Homeless runs the program and purchased a building in Avon Park and the refrigerator and pantry are located in the parking lot under a covered and well-lit area. Some lodge members continue to help restock supplies and also deliver meals to those who are shut in. Approximately 20 members attended the dedication. During the event, lodge members Rob Lipscomb and Stacy Hill and their daughter, Jayce, stock the pantry and Carlie Stockenberg, daughter of member Joe, stocks the refrigerator and photographs the event. 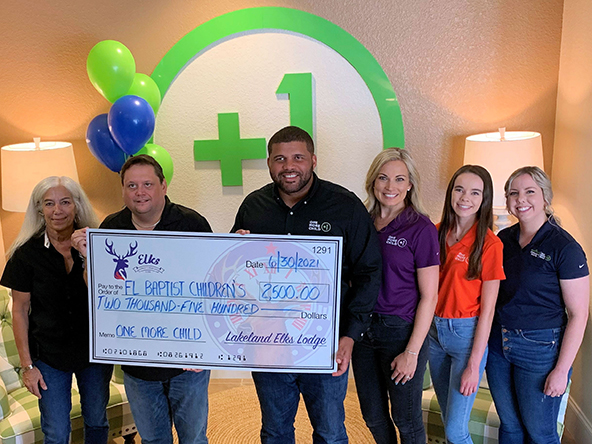 Lakeland Elks Lodge #1291 donated its $2,500 Elks National Foundation Gratitude Grant to the Florida Baptist Children’s Home One More Child program. This is a community-based, nonprofit organization serving local communities, and the program provides meals through a backpack program in local schools. The lodge donation will provide meals to vulnerable children and their families who have struggled with difficulties throughout this pandemic. Pictured June 30 are lodge members Sher Thrush and Jim Mosier along with Leon Battle, Rebecca Rothman, Megan Matta and Kaf Nelson from Florida Baptist Children’s Home. 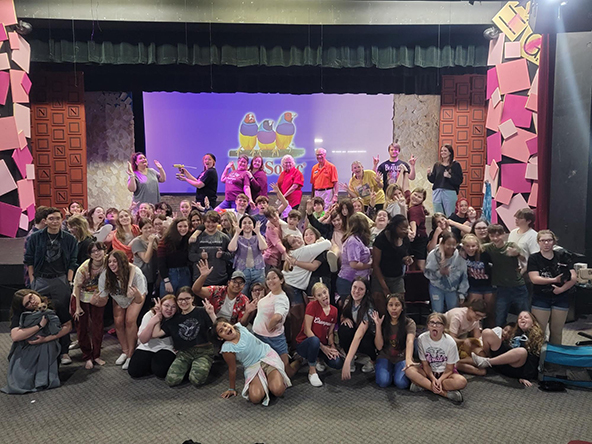 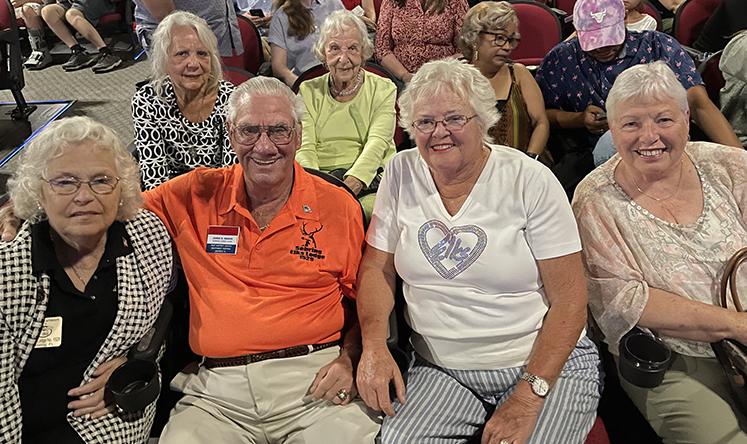 Sebring Lodge’s Jim Mason, PDD and Judy Hanson, PER presented a $3,500 check from the lodge’s Elks National Foundation Beacon Grant to the Highlands Lakeside Summer Theatre Institute camp directors/instructors, Christi Hagen, Tracy Schuknecht and Laura Wade June 23 during the rehearsal for their upcoming musical, “Legally Blonde Jr.” The Sebring Elks have been the sponsor of this camp for eight years and have seen its growth from 17 campers to this year's 68. The campers, ages 9 to 20, presented the musical June 24. In attendance are Elks members Brenda Richards, Kathy Smith, Judy Hanson, Jim and Ronna Mason, and Wainetta Holmes. 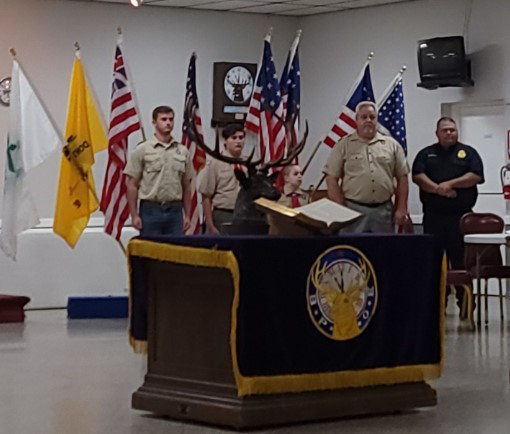 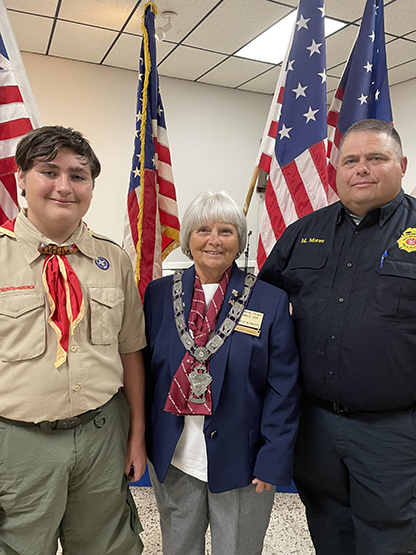 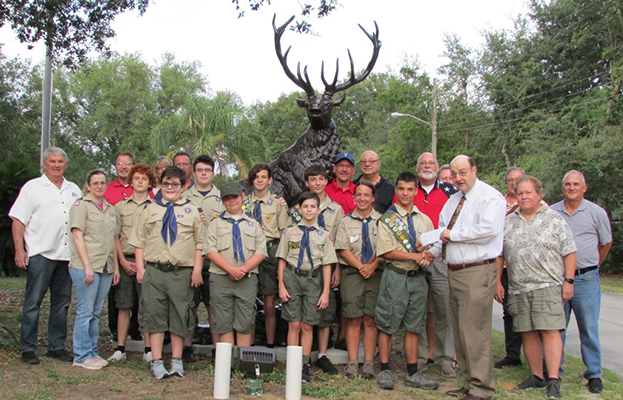 On April 10, Brandon Elks Lodge #2383 held its third annual clay shoot fundraiser at FishHawk Sporting Clays in Lithia, Florida, to benefit Boy Scout Troop #627, which the lodge sponsors. This event was nearly at full capacity with 62 shooters. A great number of generous local businesses were sponsors of the event. The event started with the Boy Scouts Color Guard presenting the colors and with all the scouts, Elks members and participants saying the Pledge of Allegiance. The scouts then took their positions at the stations to operate the clay machines for the shooters. Each shooter shot a total of 50 targets from eight stations. While the shooting was underway, some lodge members were busy preparing the lunch to be served to the nearly 100 attendees. After participants and guests were fed, awards for first, second and third place and top shooters were presented. After expenses, the fundraising event raised more than $7,600 for the troop, which will be used to pay the scouts’ summer camp fees and to purchase needed tents and equipment. Elks members pictured are Ed Campbell; Jack Scaglione; Nickie Wells, PER; Lou Valencia; Nelson Guggino; Gary Brooks; Mark Vargo, PER; John Adkinson; Jim Randall, presenting the check; Gardner Box; Kirk Pennywitt; and Sam Ferlita. Boy Scouts in the back row are Kathleen Brigati, Frank Ferruzzi, Wyatt Gill, Joshua Taylor and Alex Wagner. In the front are Dominic DeMuro; Jonah Sorrells; John Taylor; Lorrin Wagner, scoutmaster; and Nick Wagner, receiving the check. 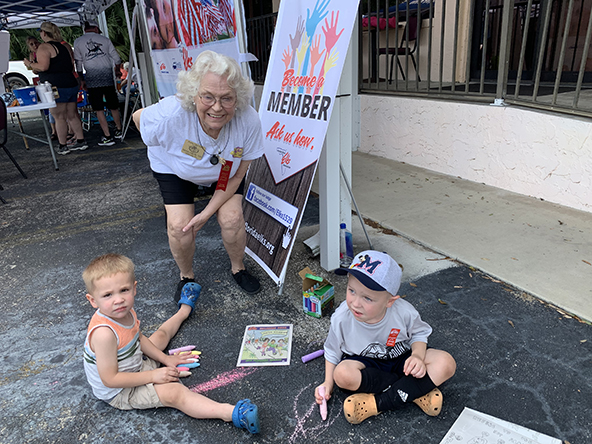 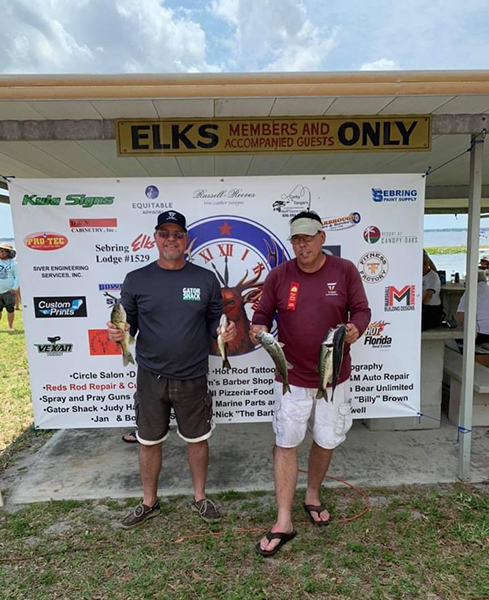 On April 24, Sebring Lodge hosted its first bass fishing tournament on Lake Jackson to raise money for the lodge’s general fund. Volunteers gathered raffle prizes and sponsors; worked the bake sale; cooked lunch consisting of hot dogs, hamburgers and pulled pork sandwiches; and promoted and advertised this event. Music was provided by the California Toe Jam Band. During the event, Drug Awareness and membership were stressed. First place winners were Matt Thompson and Kendall Ogg. Pictured is Judy Hanson, PER handing out Drug Awareness ribbons and coloring books to children. Also pictured are lodge members Rob Lipscomb and Joe Stockenberg with their catches.