Details
Written by David McCranie, PER 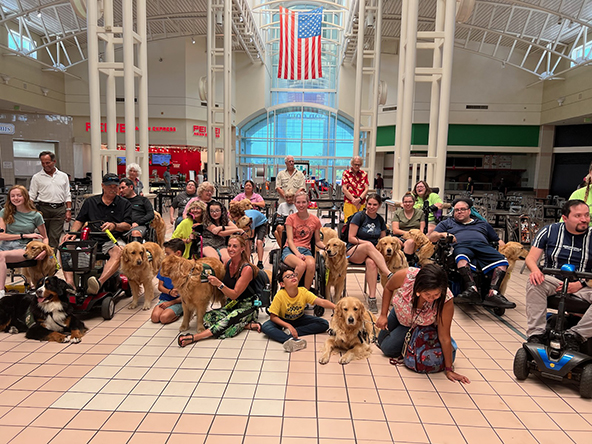 On June 20, DeLand Lodge made a $450 donation to New Horizons Dog Training, based in Volusia County, Florida, which trains and provides service dogs to those who need them. The lodge also provided the use of their lodge to use as a sort of classroom to introduce the dogs to their new owners. At graduation, they take the dogs and their new owners to Volusia Mall to mingle in a crowded real-world environment to make sure folks can handle their new dogs in a crowded place.

Pictured is the most recent graduating class of dogs and recipients and staff from New Horizons. 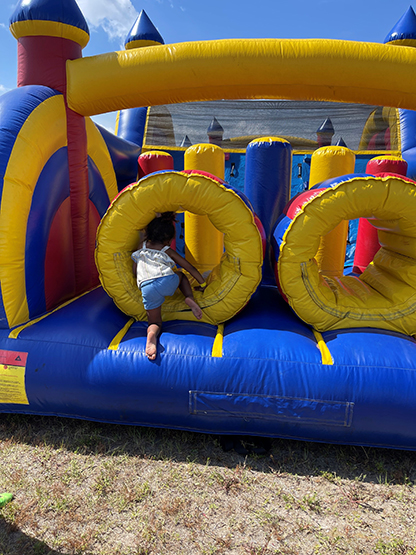 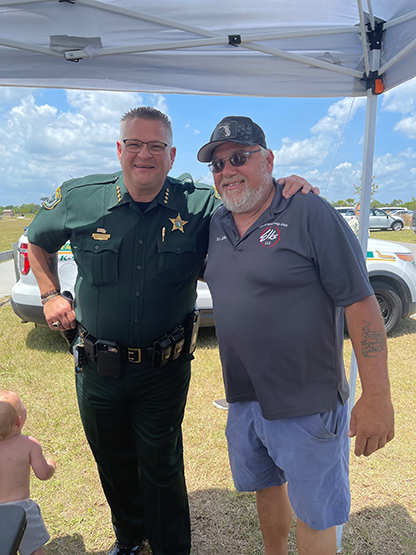 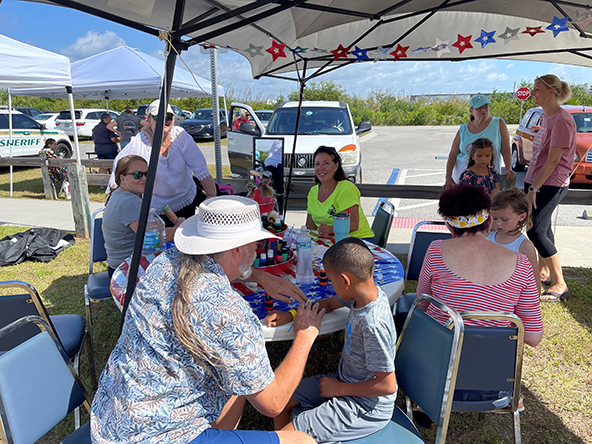 On May 7, Nick Skibba, PER of Merritt Island Lodge organized a kids’ fun day. There were 103 kids and 30 Elks in attendance. The event included bounce houses, face painting and rock painting. Sheriff Ivey was there and an Army truck was giving free rides. The day also included music, hot dogs and hamburgers.

Merritt Island Elks Lodge #2650 held one of two annual first responder PER dinners April 29. The dinners allow the members to meet the first responders of Brevard County. The lodge paid for dinner.

Details
Written by David McCranie, PER 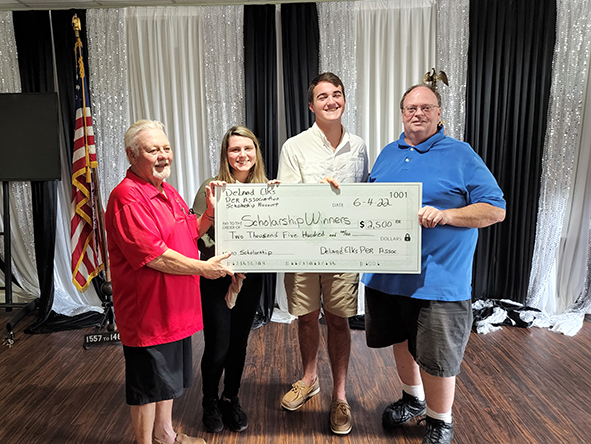 Pictured are Tom Hopp, PER and Dean Yeager, PER with Joan Fannin and Joshua Brannon for $2,500 each to further their education at Daytona State College. 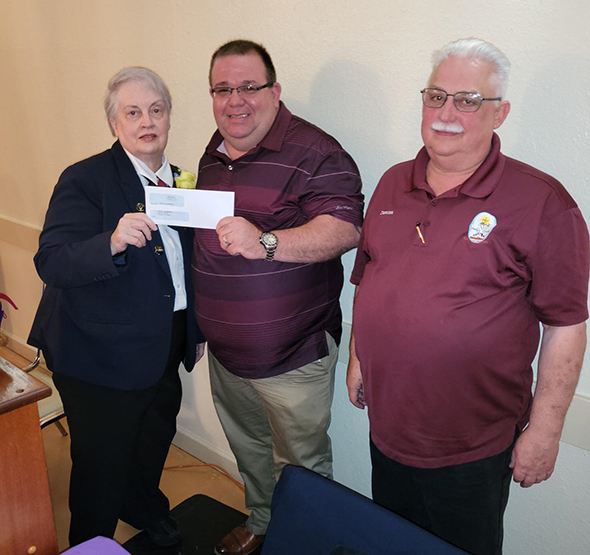 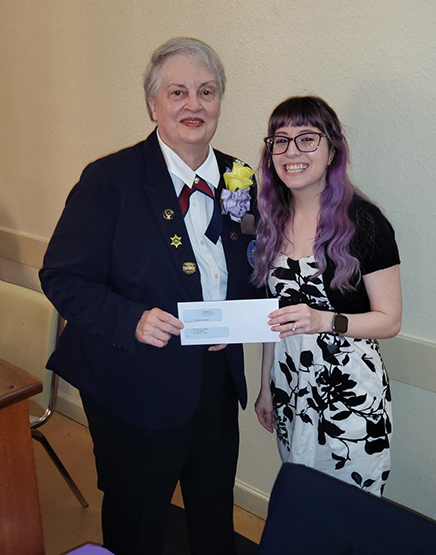 Also on March 26, Titusville Lodge presented checks to two deserving groups using funds from the lodge’s Elks National Foundation Beacon Grant. Liberty Lodge Ministries, a program in Titusville, Florida, for men with alcohol and drug addiction, received $2,000. The Women's Center in Titusville, Florida, which addresses the needs of women, men and children who faced trauma related to domestic violence and sexual assault, was given $1,500.

Catherine Simkins, Exalted Ruler, is pictured with Lance Lance Milam and Damian Josephson from Liberty Lodge and Ashley Wong from the Women's Center. 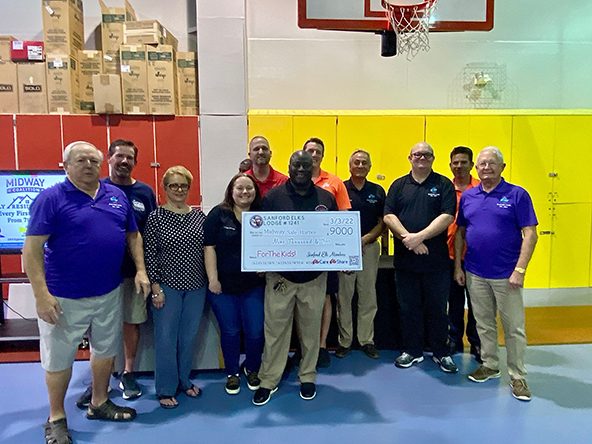 Using its $2,000 Elks National Foundation Spotlight Grant, its $3,500 Elks National Foundation Beacon Grant and the $3,500 matching Beacon Grant funds from the Florida State Elks Association, Sanford Lodge donated a total of $9,000 March 3 to Midway Safe Harbor. This organization feeds more than 150 children a day and enhances the regular school day through high-quality academic and personal enrichment in the areas of reading, mathematics and science. 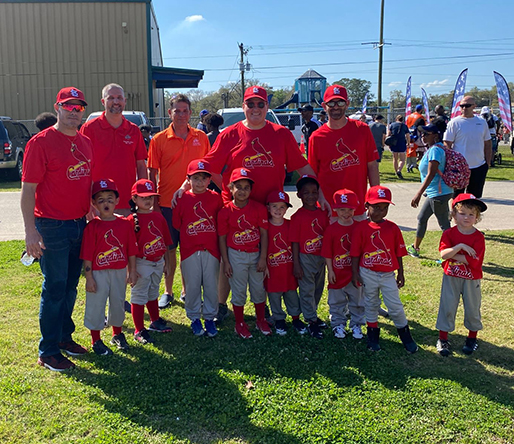 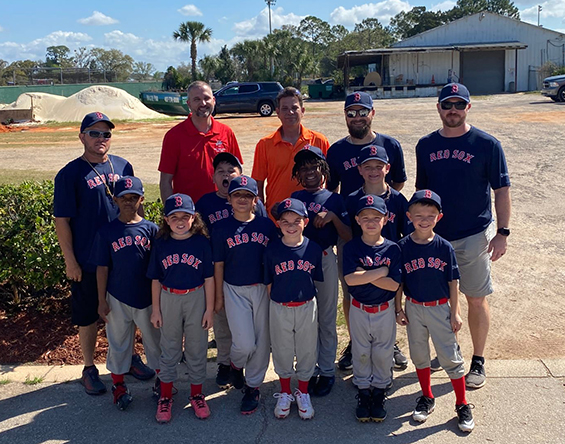 For more than 60 years, Sanford Elks Lodge #1241 has sponsored two Little League teams in Sanford, Florida. This year, the lodge is sponsoring the T-ball Cardinals and the Rookie Red Sox teams. The sponsorship includes funds to cover the cost of uniforms, equipment and fees for the kids to play ball. On Feb. 16, Jeff Rumler, PDD, Lodge Secretary (red shirt) and Bo Lindstrom, PER, Exalted Ruler (orange shirt), attended the City of Sanford’s Little League Opening Day 2022. They are pictured with the players and coaches. 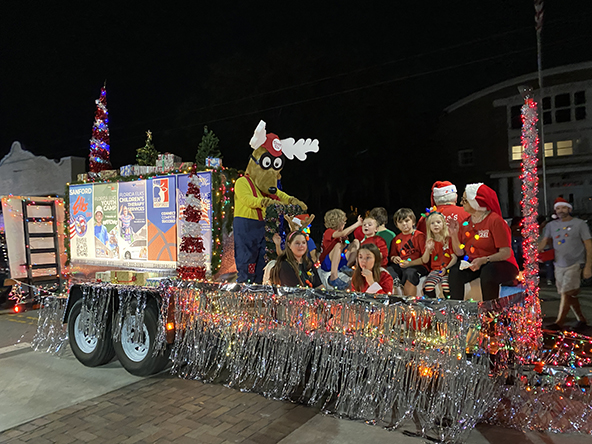 On Dec. 11, Sanford Elks Lodge participated in the City of Sanford’s Parade of Lights for the ninth year. This year’s float had a guest appearance by Elroy the Elk and it showcased Florida Elks Charities. Following the float was Florida Elks Children’s Therapy Services therapist Beth Thiers, OTR/L. Santa’s many Elks worked hard and passed out candy to the more than 10,000 spectators.

Pictured on the float are Elroy the Elk, lodge members and children. 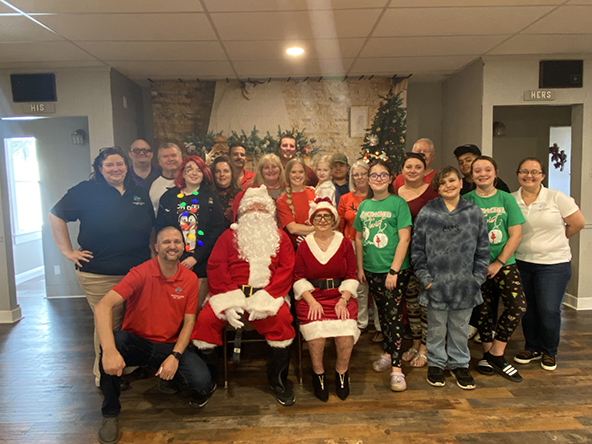 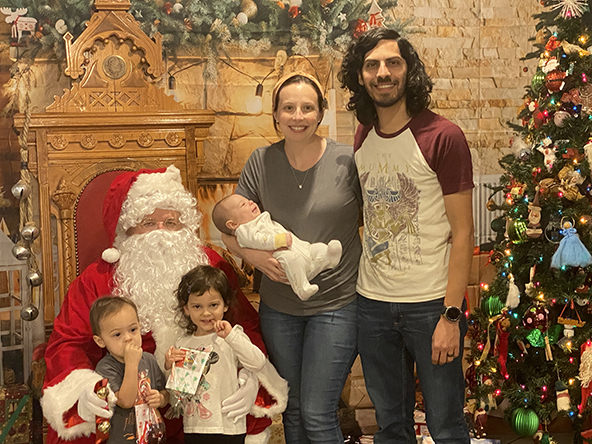 Sanford Elks Lodge #1241 hosted more than 60 children and 40 adults at their first children’s Christmas party Dec. 4. Everyone enjoyed a fun-filled day of crafts, cookie decorating, face painting, a hot chocolate station, pizza, and a visit from Santa and Mrs. Claus. Santa provided goody bags, and photos with Santa and of the day’s activities were provided to the families at no cost.

Pictured are lodge members and their children with Santa and Mrs. Claus and a family taking a photo with Santa. 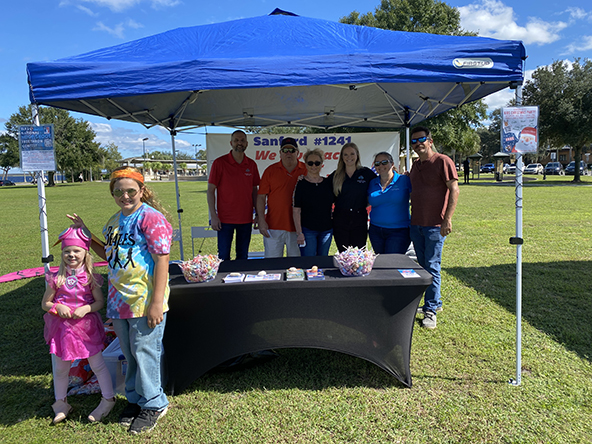 At the City of Sanford’s Fang-Tastic Fest event Oct. 31, Sanford Elks Lodge members and future members distributed candy and information about the state major projects and the local Hoop Shoot competition to more than 2,000 children and their families. 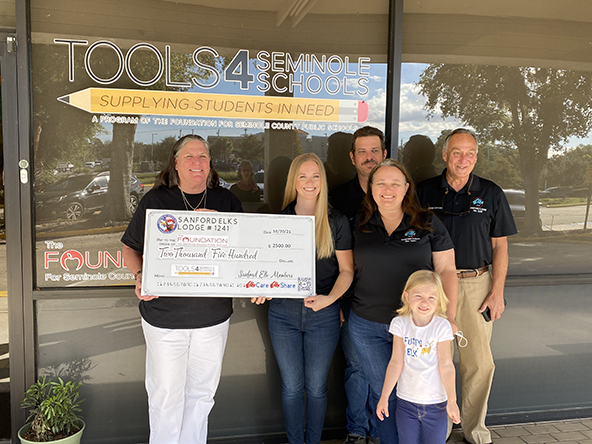 Using its Elks National Foundation Gratitude Grant, Sanford Elks Lodge #1241 donated $2,500 to Tools 4 Seminole Schools, which will help buy supplies for The Foundation for Seminole County Public Schools’ free store for Seminole County teachers. The store provides teachers and schools with free school supplies to distribute to students and helps alleviate the burden from teachers and parents with low incomes.