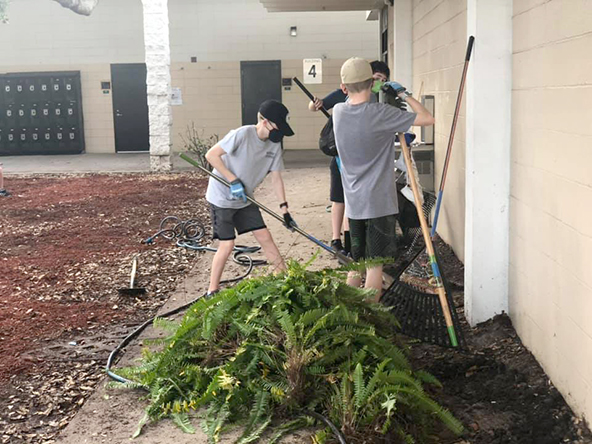 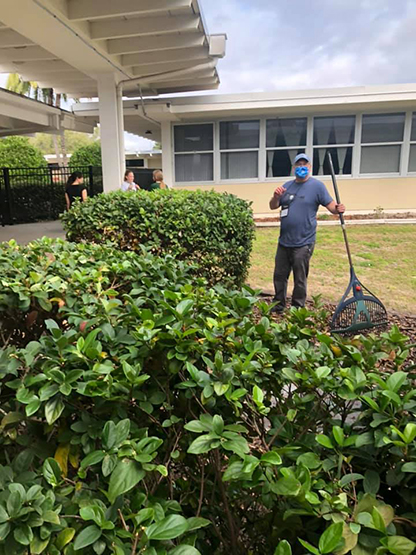 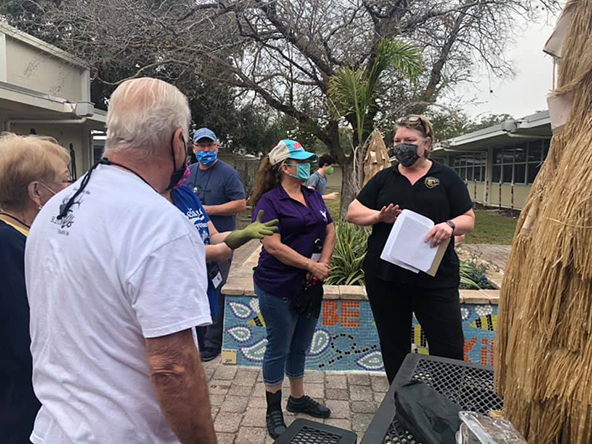 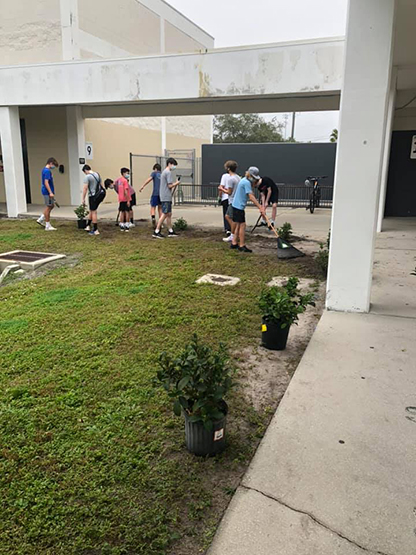 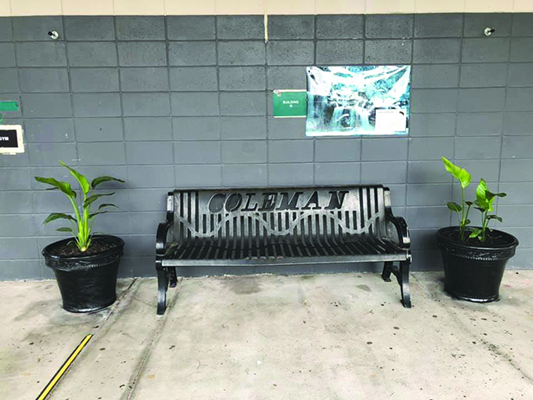 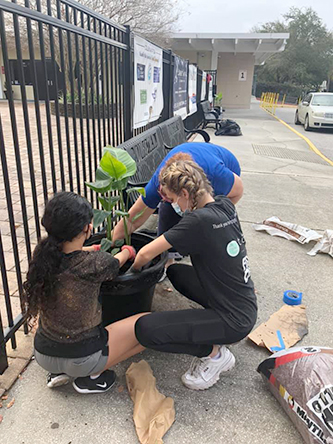 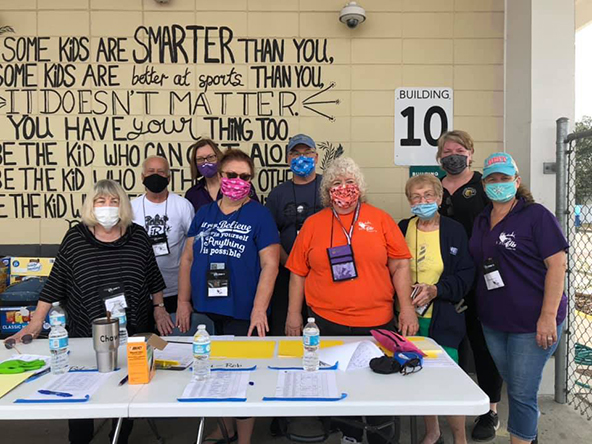 On Jan. 23 at 9 a.m., Tampa Elks assembled at Coleman Middle School to embark on a landscaping project with students in the Beta Club. To join this club, students must earn 10 hours of community service, retain a GPA of 3.5 or higher, and get two teacher recommendations. These were highly motivated and well-disciplined students, and the lodge members enjoyed working with them. While Coleman is not a particularly impoverished school, the county’s budget for maintenance has been cut due to the increased cost of maintaining COVID-19 precautions. Because of this, the school was looking rather shabby. Lodge member Kristina Chowning is the Beta Club sponsor and determined the scope of the project and the supplies needed and organized the morning by assigning each Elk to a different point in the schoolyard. Tommy Moore helped with pressure washing and supervised students who were applying sod to the picnic area grounds. Jerry Reid spent a few hours raking. Elma Kelly, Laura Jones and Linda Reid worked on planters. Shannon Wheatley worked out front with a group of students. The project involved 75 students and 11 Elks — two food runners, a photographer, two hydration station and lunch helpers, and six who rolled up their sleeves and got to work. Several teachers, some PTA parents and the principal helped as well. Other adults supervised students planting shrubs along the walkway and weeding out a bed of ferns. With that many students, all the projects were done early, so the group went across the street and tackled the track and basketball courts. The project was funded by approximately $1,500 of their $3,500 Elks National Foundation Beacon Grant.

On Feb. 9, the Motorcycle Riders Club of Port St. Lucie Elks Lodge #2658 presented St. Lucie County Deputy Michael Profitt a check for $1,700 which was raised in just three days. Profitt’s daughter, Jordyn, was born with a chromosome disorder. She is a student with special needs, she has limited speech and she is in the autism spectrum. She also has scoliosis and underwent cervical surgery, but after the surgery, she wasn’t moving. She had had a spinal cord stroke and is now paralyzed from the neck down. According to her father, she is responding and slowly getting off the breathing equipment for up to 3 1/2 hours at a time, so she’s showing some response to the therapy she’s receiving at the Chicago hospital that specializes in her condition. They are hoping to transfer her to an Orlando children’s hospital in March, which would be a tremendous help to the family, including financially, as it would only be 2 1/2 hours from home. Deputy Profitt has been flying to Chicago every Friday after work to be with his family and then has been flying home to be on duty Monday morning as a school resource officer. That alone is stressful, but by taking these flights, he is also risking coronavirus exposure. Once she returns to Florida, Florida Elks Children’s Therapy Services also plans to treat her.

The Motorcycle Riders Club raised this donation by placing collection jugs in the lodge as well as at the Enforcers Motorcycle Club House, which is made up of retired police, firefighters, military members, doctors and others who do a lot for the community and police officers, and at St. Lucie Draft House, a sports bar and dining establishment in town.

According to Pete Jordan, president of the riders and the lodge’s Loyal Knight, “The Enforcers Motorcycle Club members always come to our veterans’ breakfasts and support all of our functions as we do for their fundraisers….Most of the bike clubs in our area know of our club and support us as we support them. We all ride together, break bread together and mourn when one of their brothers or sisters gets killed from a bad bike accident. It’s a kind of brotherhood we all have with each other. So when I go to their club house, we are greeted with much respect; we share that respect toward their members, too….’Elks Care – Elks Share.’ We promote that motto with every endeavor we take on….As a team, we can do anything.”

On Feb. 11, Deputy Profitt came to the lodge before a meeting and thanked everyone, which was much appreciated by the members to know their efforts mattered. “This is why we do our fundraisers. To see how it impacts people’s lives is priceless,” said Jordan. 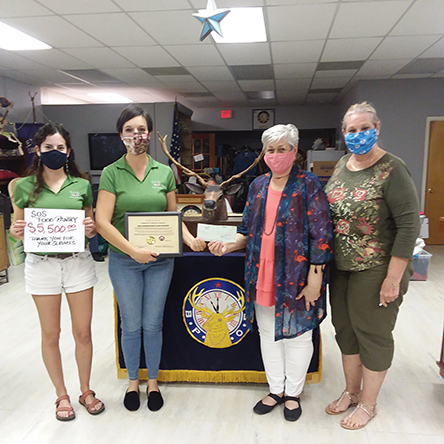 Habitat for Humanity Gets Big Boost from Fort Walton Elks 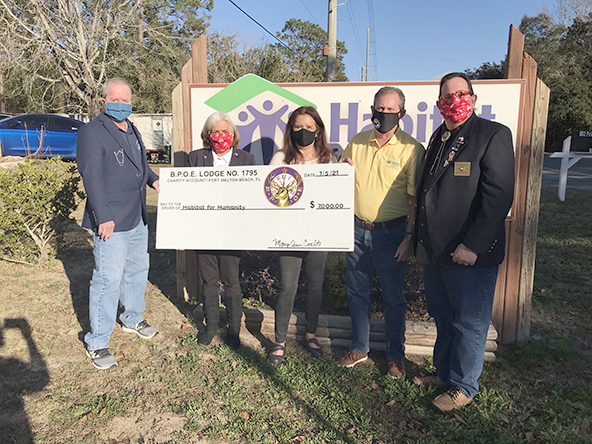 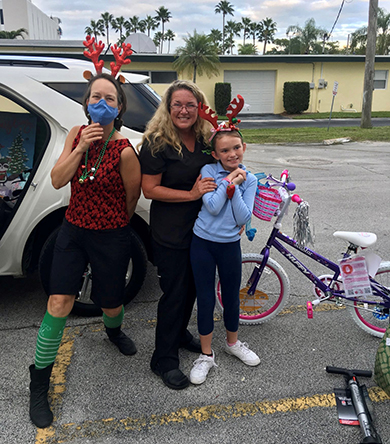 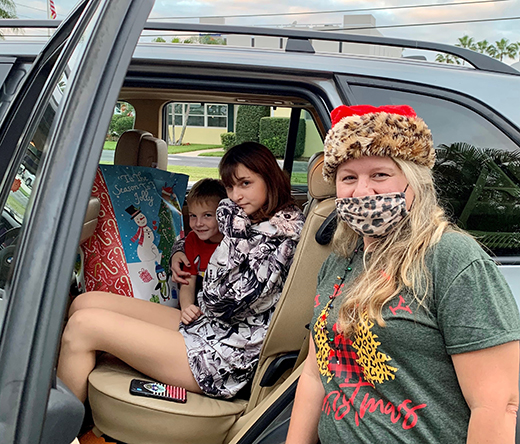 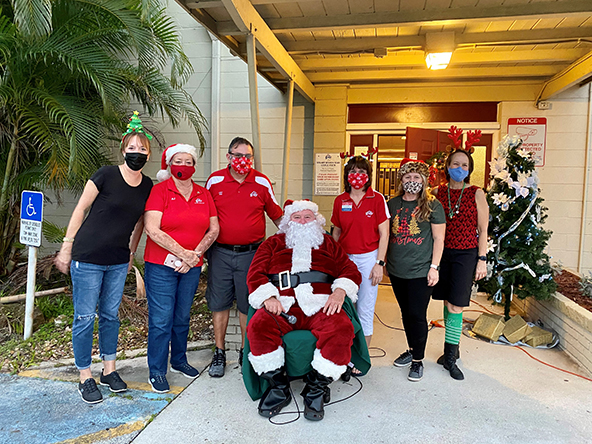 Once again, Santa and all his incredible helpers at Stuart-Jensen Elks Lodge #1870 brought smiles to local Florida Elks Children’s Therapy Services patients during the annual Christmas party Dec. 15. Although the drive-thru party was a new change for this year, the holiday spirit was in full force. In addition to the lodge’s Angel Tree in which lodge members adopt a patient to fulfill their wish list, a local vet’s office joined the cause – the Stuart Sound Animal Hospital with Dr. Chris Steers and his wonderful staff – and conducted a toy drive for the therapy patients as well. With everyone’s involvement, there were enough toys collected for every child as well as their siblings to receive gifts. Besides receiving toys from Santa, the Elk elves were busy in the kitchen cooking a take-home dinner of chicken tenders and fries for every child. There were so many smiling faces as the therapists put the gifts in the cars. 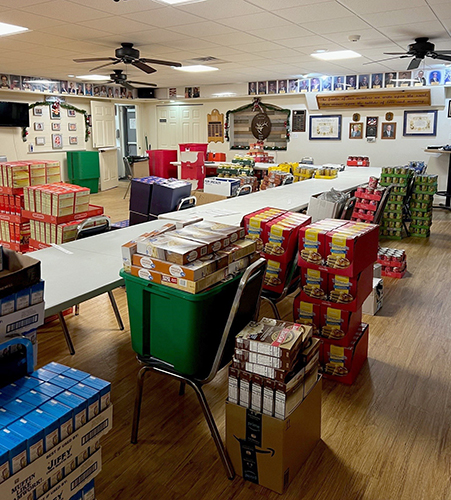 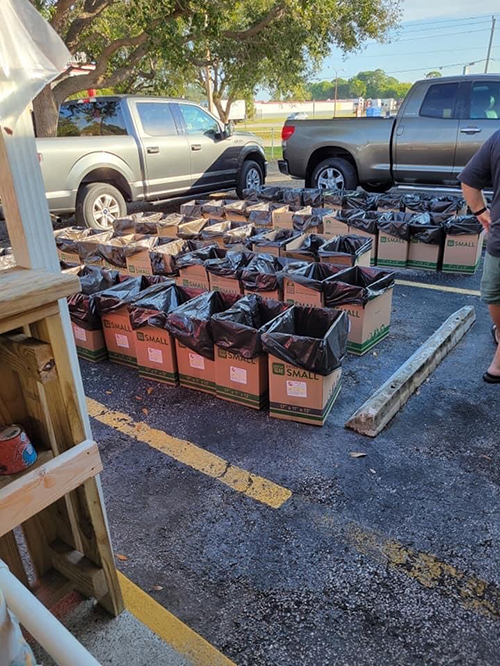 On Dec. 12, more than 50 Elks, family and friends of Merritt Island Lodge volunteered their time to help give some holiday cheer to families in need with the Boot Strap event. This year, 74 families received plenty of food to last their holiday season and three people were given $100 gift cards to Aldi to help give them some holiday cheer. Food was purchased from the lodge account and members delivered the groceries to the recipients. “It’s unfortunate that so many families need assistance but it’s nice to know that we have so many Elks with big hearts,” said Marleen Kovalchik, lodge member.