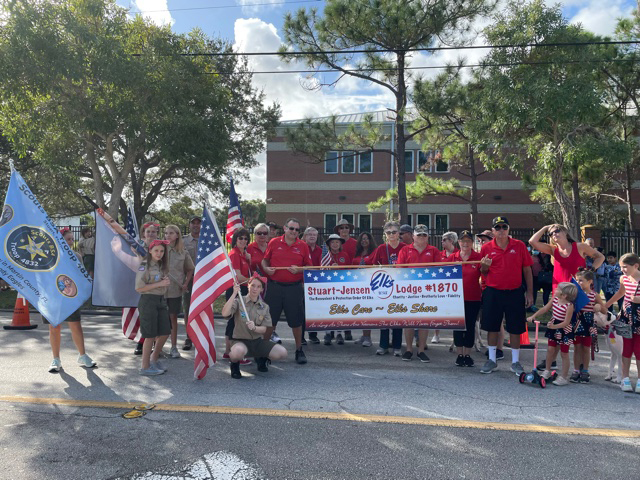 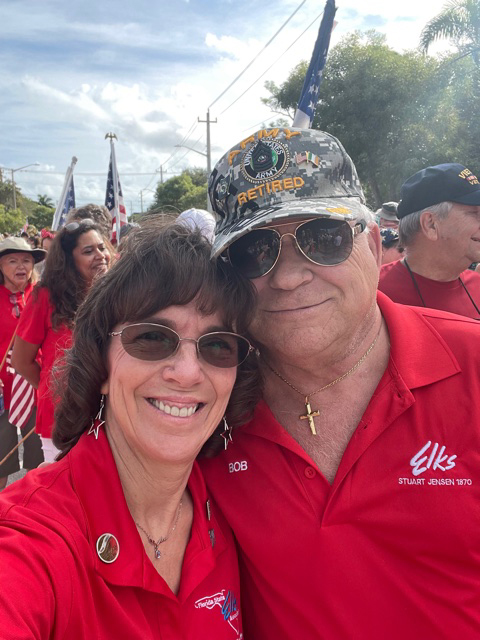 Once again, Stuart-Jensen Elks Lodge members marched in the annual Stuart Veterans Day parade Nov. 11. AJ Hurd, lodge treasurer and parade coordinator, invited the lodge’s scouting units to march with them as well. This year, the lodge’s Veteran of the Year, Robert "Bob" Alphonse, Leading Knight, joined them, too. He served in the U.S. Army in Vietnam. Though not driving in the parade, Suzi Simonelli had the State President's van in the area, which always turns heads. Pictured are lodge members and scouts with their parade banner. Also pictured are Suzi Simonelli, State President, with Robert Alphonse.