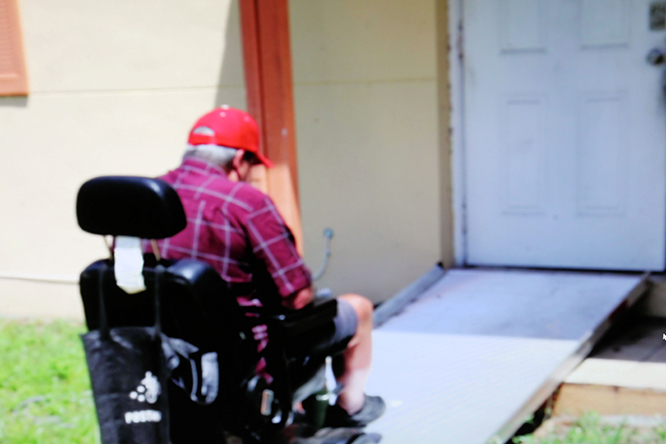 The lodges of the South Southeast District came together to assist U.S. Navy veteran Kenneth Mueller. Mueller, who served on the destroyer USS Conyngham, uses a wheelchair and had difficulty getting in and out of his home. Boca Raton Lodge member John Allsopp met with him and approached the district for help. The lodges in the district – Boca Raton #2166, Delray Beach #1770, Hollywood West #2365, Oakland Park #2407 and Pompano Beach #1898 – pooled resources to fund and build him a ramp. Boca Raton Lodge members John Allsopp and Tim Hallman built and installed the ramp. Mueller thanks the efforts of the lodge members.