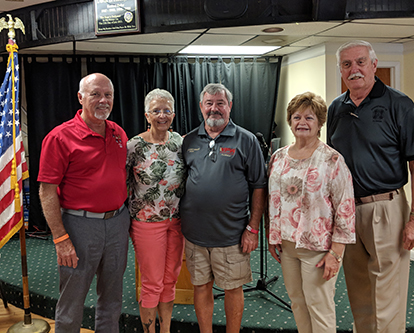 Green Cove Springs Elks Lodge #1892 raised $6,000 throughout the year which came from fundraisers including their Christmas-in-July dock party. The lodge’s PER charity bingo donated $1,000, making the lodge the largest donor in Florida.

The West Central District Army of Hope fundraiser which included a Chinese auction and games was held at Largo Lodge Oct. 21. The Army of Hope’s mission is to provide assistance to the families of deceased, disabled and deployed members of the military. Volunteers and scouts turned out in droves and eight district lodges participated. Among the attendees were Frank Palladini, PSP; Carl Seibert, COO/State Secretary; Theresa Matthews, DDGER; Anthony Fratello, DVP; and Ron Locke, Army of Hope State Chairman. 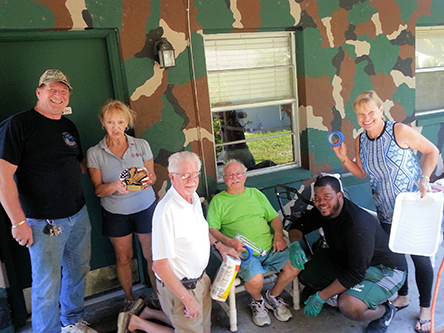 Largo Elks Lodge #2159 received the Elks National Foundation Freedom Grant to paint the interior of Liberty Manor, a home for veterans in Largo, Fla. Members of the lodge Veterans Committee took the lead on this project that took four 10-hour days, Oct. 29 through Nov. 1, to complete. The second part of the grant will be used to construct/purchase and set up a yard storage shed in the back yard to protect their bikes, etc.

On Oct. 20, Gainesville Elks Lodge #990 partnered with the Gainesville Garden Club and the Gold Star Mothers of Gainesville to provide a Gold Star memorial marker at the entrance of the Malcom Randall VA Medical Center. The Gold Star memorial marker came from the custom of families of servicemen hanging a banner called a service flag in the window of their homes. The service flag had a star for each family member in the United Stated Armed Forces. Living servicemen were represented by a blue star and those who had lost their lives were represented by a gold star. The marker was placed for the Gainesville-area service men and women who paid such a price. Gainesville Lodge helped support the marker placement by donating $500. 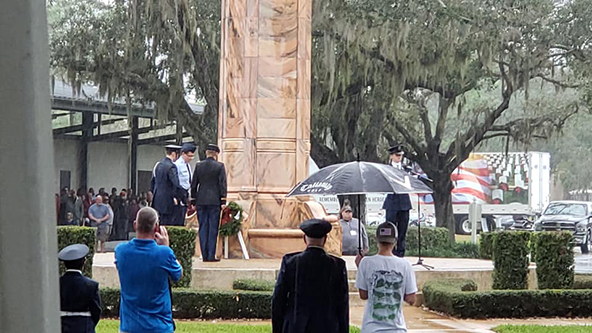 On Dec. 15, the rain fell at Bay Pines National Cemetery in St. Petersburg, Fla., as hundreds of volunteers took part in the annual holiday wreath-laying tribute to those who served and died in America’s wars known as Wreaths Across America. Volunteers filtered quietly through the cemetery to place a handcrafted balsam wreath with a red velvet bow atop the tombstones of veterans. St. Petersburg Lodge Esquire, retired Army Colonel Carol Barkalow, participated in the day’s ceremonies and had the honor of laying the ceremonial wreath for the Army.

During fall 2018, Ocala Elks Exalted Ruler, Mike Miller, and Veterans chairman, Pam Kinard,  set a goal to buy 100 wreaths for Wreaths Across America. On Dec. 15, lodge members more than doubled their goal and placed over 200 wreaths at the national cemetery in Bushnell, Fla. 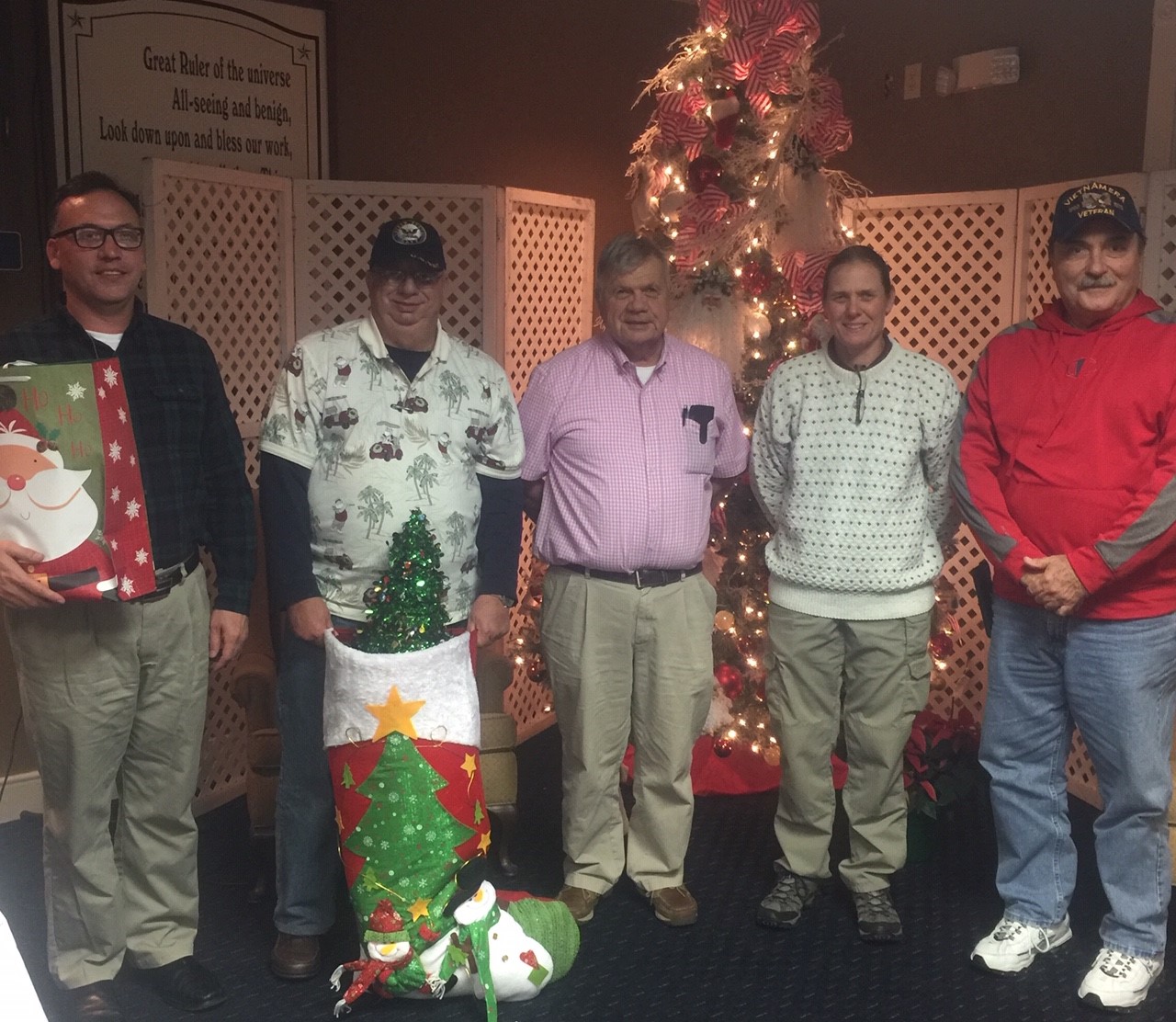 Ocala Elks Lodge #286 hosted a Christmas party for veterans receiving services from the local agency, Vets Helping Vets. Each veteran received presents and a traditional Christmas dinner. Lodge members made desserts for them to take home and enjoy. One lucky veteran won the large stocking full of Christmas cheer. 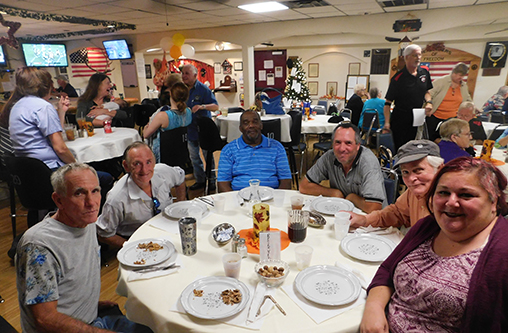 Every year since 1994, Merritt Island Elks Lodge #2650 has invited the residents of the Melbourne Veterans Transition Facility to the lodge to participate in their traditional Thanksgiving feast. Paul Whitmore is the director of the facility which is a temporary shelter for homeless veterans and their immediate families. The facility provides for the immediate needs of homeless veterans while they search for work and save enough money to acquire permanent housing. This year, 23 guests from the center joined the lodge for dinner. Members John and Marcie Lesko have been instrumental in planning and working this event since the beginning, and they are helped by numerous outstanding volunteers. The Ladies of the Elks put together 18 men’s and six ladies’ bags with the remainder of the supplies donated to the facility for future residents, and they also provided angel tree presents for the five children at the facility. The lodge donated $300-worth of gift cards to augment the needs of the veterans. 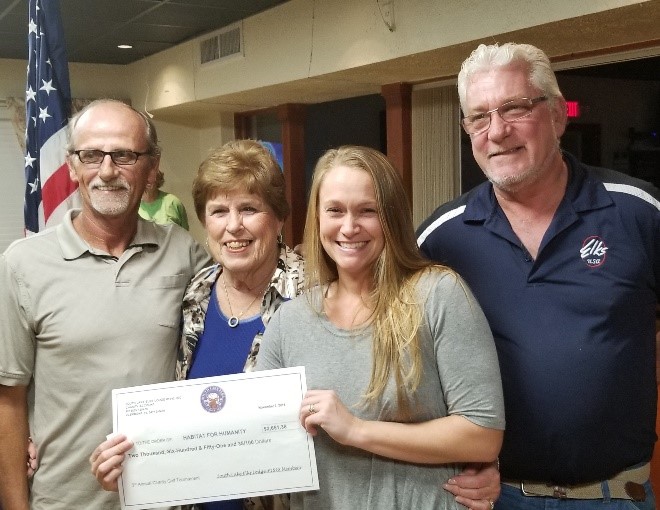 South Lake Elks Lodge #1848 hosted a successful charity golf tournament at the nearby Green Valley Country Club with approximately 80 golfers participating. Following the tournament, a banquet, awards ceremony, auctions and raffles were enjoyed. Half of the proceeds, $2651.38, were donated to the Habitat for Humanity Veterans Village. An additional donation of $2,651.38 was presented to the Harry-Anna Trust Fund. 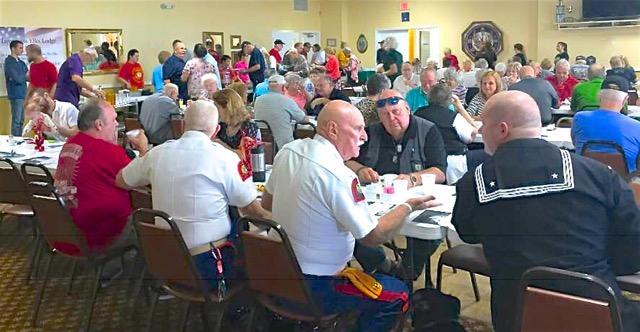 On Veterans Day, Nov. 11, Inverness Elks Lodge #2522 served 275 meals at their free breakfast for veterans. This was the last day of a three-day open house at the lodge during the Dragon Boat Festival. 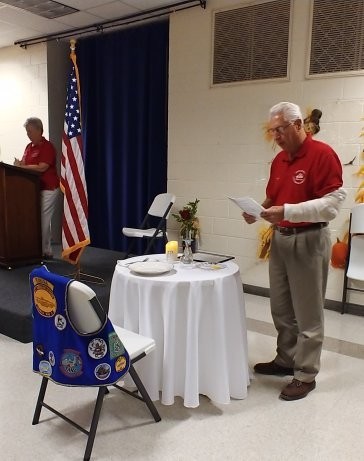 Edgewater-New Smyrna Beach Elks Lodge #1557 held their PER Veterans Day ceremony. Veterans were honored by PER Bobbi Savasuk while PER Gary Sanford paid homage for those who made the ultimate sacrifice. 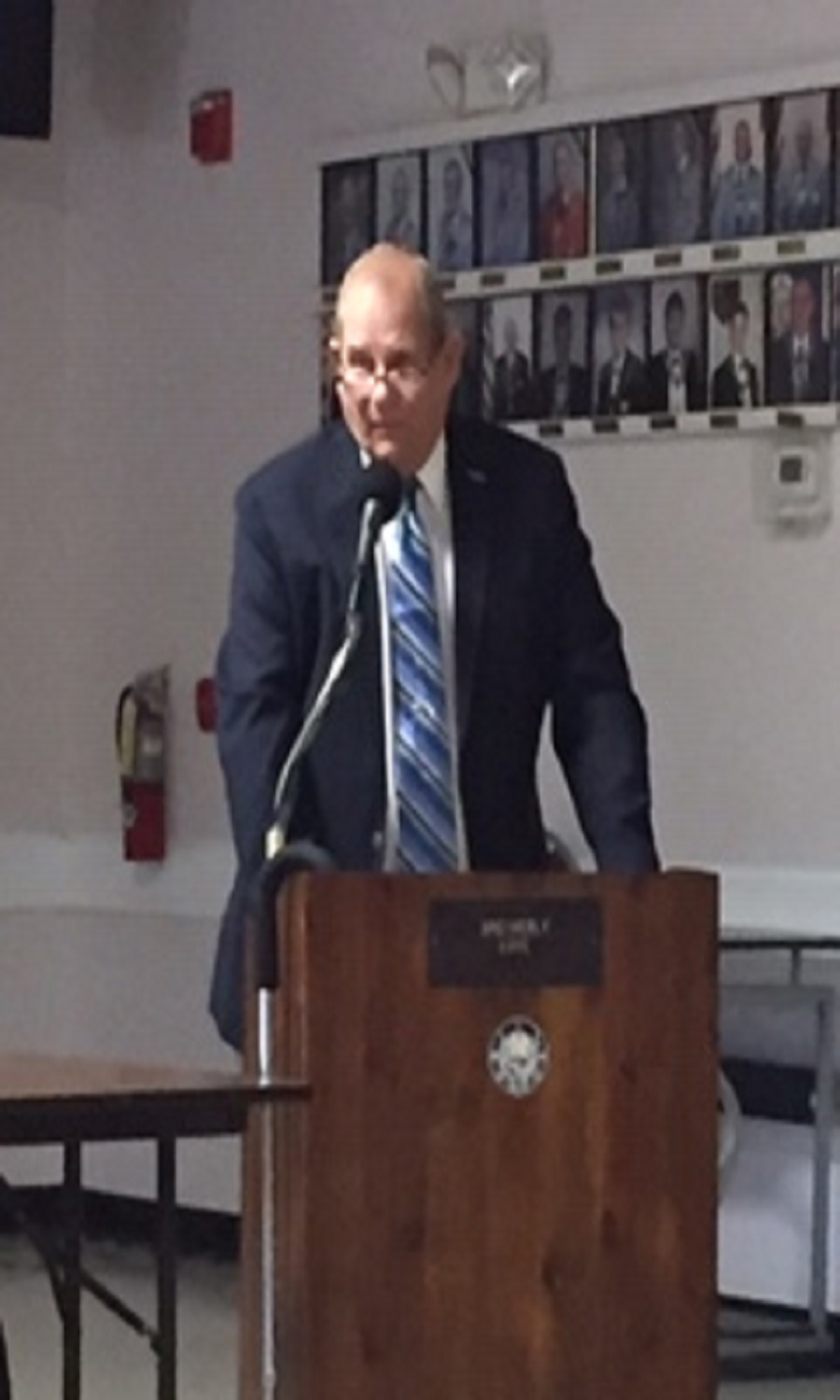 On Nov. 11, Zephyrhills Lodge hosted a Veterans Day tribute to recognize veterans within their lodge and all veterans who have served our country in every branch of the military. Ken Fabiani, Exalted Ruler, planned and hosted the event. Colonel Jack Van Allen, retired, was the keynote speaker. He has an overwhelming background in the U.S. Army and is a lodge member as well. Trustee Cliff McDuffie closed the program with a poem he dedicated to veterans.