Palm Coast Lodge Gets Creative with Fundraiser and Open House 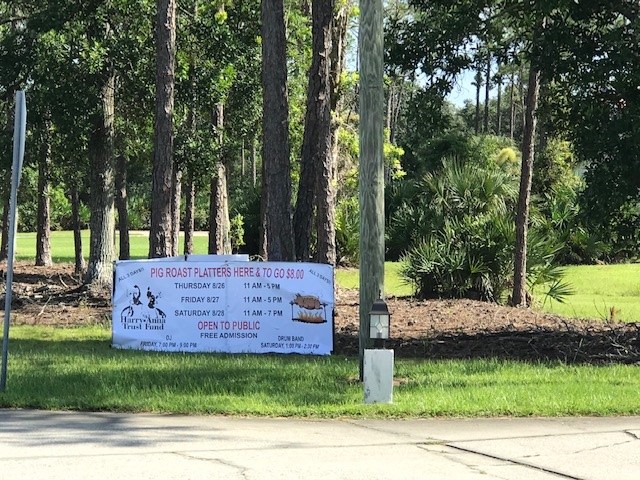 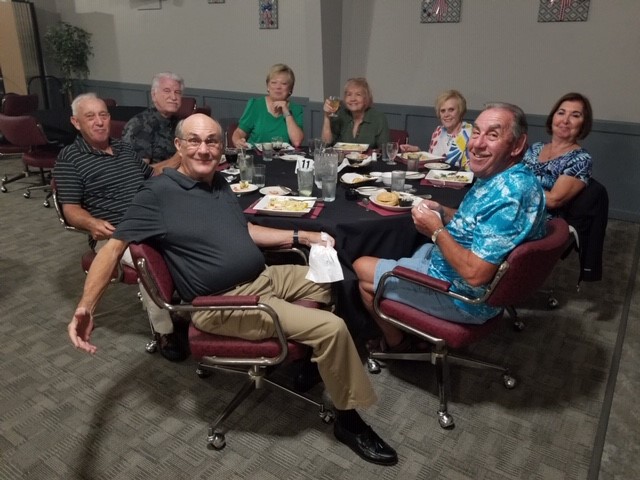 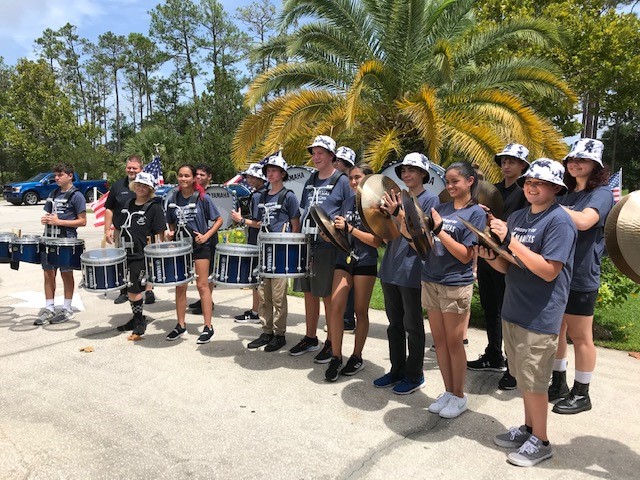 During an open house from Aug. 26 to Aug. 28, Palm Coast Elks Lodge #2709 held a benefit pig roast for the Harry-Anna Trust Fund, which funds the Florida Elks’ two major projects — Florida Elks Children’s Therapy Services and the Florida Elks Youth Camp. Platters could be purchased for on-site or to-go orders. Lodge members and their families and friends supported this first-time event with their generous contributions and meal purchases. Members from other Elks lodges, including Ormond Beach and Merritt Island lodges, attended as well. Seven membership applications were received during the weekend, and more than 200 platters were served. After expenses, more than $1,000 will be given to the Florida Elks major projects. DJ Bill Hall provided music for Friday night’s dancing, and the Matanzas High School Drum Band performed Saturday. The lodge presented them a $100 donation. “Attendance was excellent, especially considering the concerns by many over COVID case resurgence in communities,” said John Clouser, Exalted Ruler. Pictured are an event banner, the drum band and members supporting the benefit. 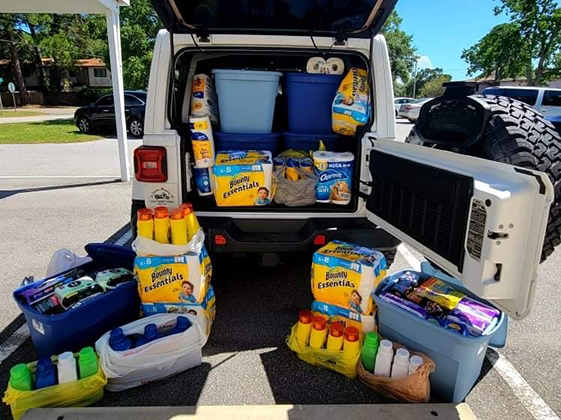 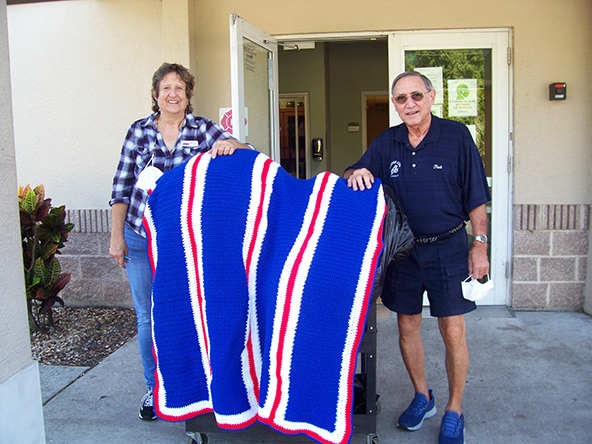 There was a request in the Englewood Elks Lodge March bulletin for homemade crocheted or knitted blankets for veterans who are homeless. Between May 15 and Aug. 25, 94 blankets were made and delivered to the Elks. ON Aug. 25, Paul Colicci Jr., Veterans lodge chair, delivered them to the Homeless Coalition of Charlotte County in Port Charlotte, Florida. This organization serves anyone who is homeless but has special resources for veterans. Pictured with Colicci (right) is Mary Lou Anderson (left) of the Homeless Coalition. 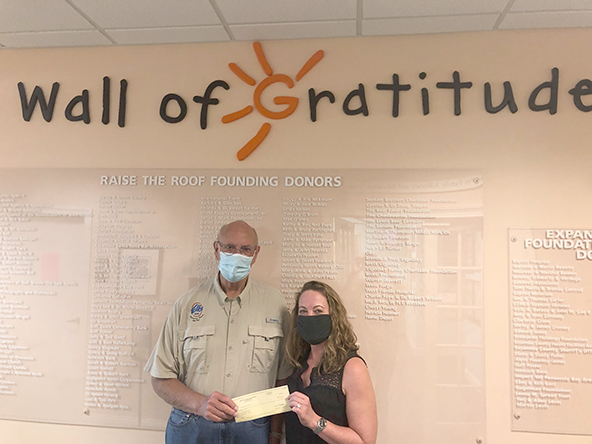 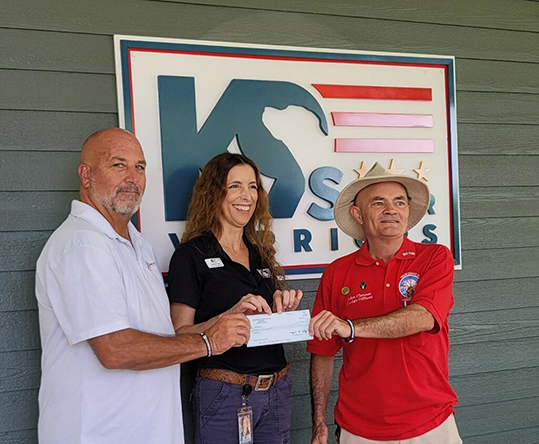 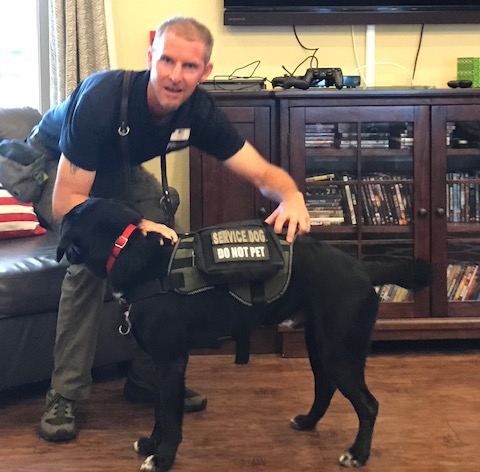 On Aug. 19, Palm Coast Elks Lodge #2709 made a $3,250 donation to K9s For Warriors, The lodge donated $750 of its own funds and the rest came from the lodge’s $2,500 Elks National Foundation Freedom Grant. According to k9sforwarriors.org, “Determined to end veteran suicide, K9s For Warriors provides highly-trained service dogs to military veterans suffering from PTSD, traumatic brain injury and/or military sexual trauma. With the majority of dogs coming from high-kill rescue shelters, this innovative program allows the K9/warrior team to build an unwavering bond that facilitates their collective healing and recovery.” Pictured at the check presentation are Pete Lehnertz, lodge House Committee member; Stephanie Vogt from the K9s For Warriors corporate office in Ponte Vedra, Florida; and John Clouser, Exalted Ruler. Also pictured is trainer Jay Williams with a trainee.

Details
Written by Rick Barth, PER 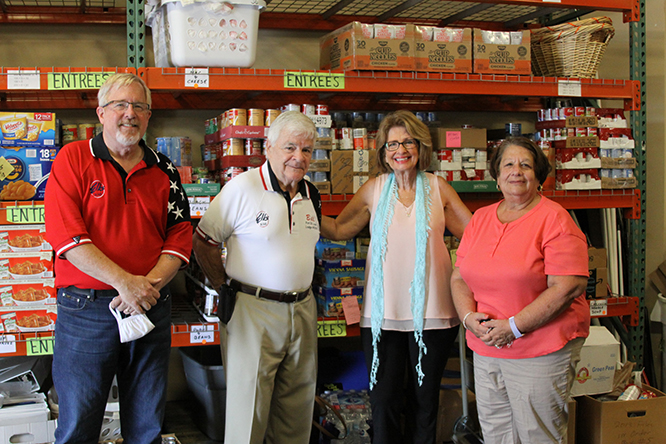