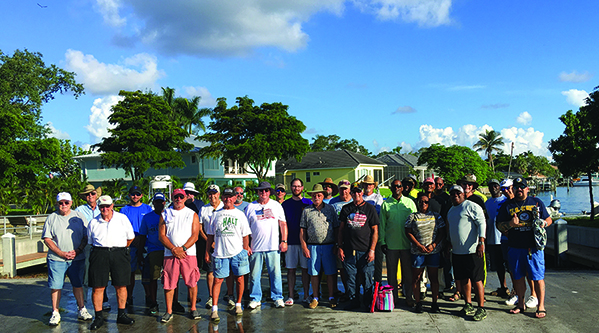 On June 28, Bradenton Elks Lodge #1511 used another Elks Nation Foundation Gratitude Grant to take 30 veterans from all branches of the military on a four-hour inshore fishing trip. The grant paid for the eight captains and their boats who have discounted their normal fees by at least 50%. Bradenton Elks Lodge paid for sub sandwiches from Publix and beverages through their own fundraising and awarded cash prizes for the largest trout, snook and redfish caught. This is the lodge’s sixth year taking local veterans fishing with help from the Gratitude Grant.

The Veterans Stand Down was held again this year at the Leon County Fairgrounds in April with Tallahassee Elks Lodge #937 providing food for the event. With the assistance of Elks National Foundation grants, lunch was provided both days. Members Ron Brown, Dorothy Brown, MaryAnna Mohr, Sharon Coleman, Don Dobson, Karla Jones, Chuck Mohr and Wayne Harrell were on hand to serve food to the veterans in need.

Jacksonville Elks Use Anniversary Grant for Veterans in Hospice Care

Jacksonville Elks Lodge #221 in partnership with Community Hospice and Palliative Care donated $1,500 from a 150th Anniversary Grant to Community Hospice and Palliative Care for their veterans’ flags and pins program. A flag of the veteran’s branch of service is placed outside the patient’s room as a last chance to honor and thank a veteran for their service. The veteran is also pinned with a pin from his or her branch of service in a short presentation. 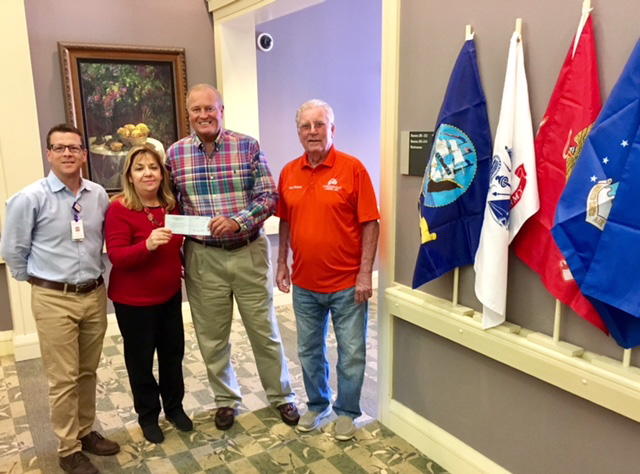 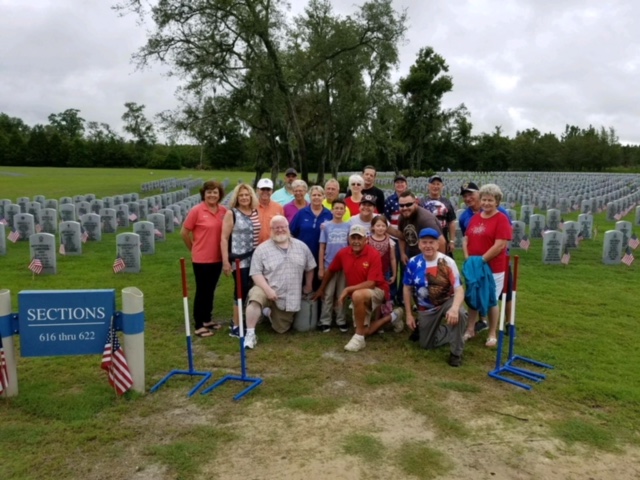 In May, Ocala Elks Lodge #286 participated in "Flags for Fallen Veterans" at the Florida National Cemetery in Bushnell. Even though there was rain in the forecast, their volunteer numbers doubled to 20 from last year, including two children. Many new members got involved as well. On the following Saturday, 17 volunteers returned to pick up the flags which will be dried and stored until next year. 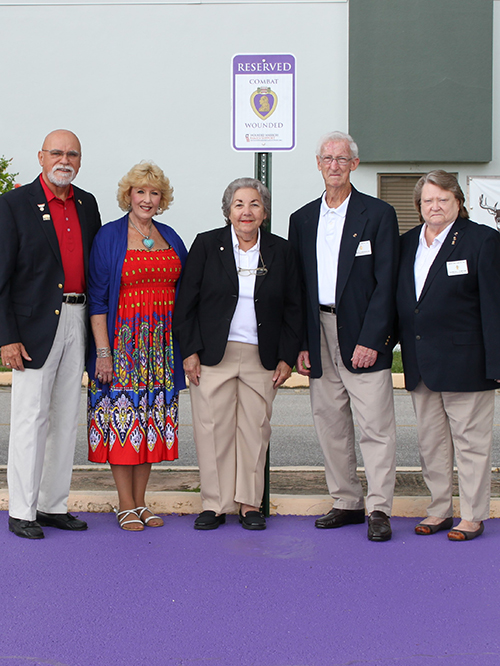 Sanford Elks Lodge #1241 hosted the East Central District Army of Hope fundraiser April 21. There was live music and great barbecue prepared by Sanford’s members. Port Orange and Titusville lodges donated food. Members from every lodge in the district were in attendance to support this worthy cause. Soldiers from the Sanford Army Reserve Center displayed equipment and greeted guests. A therapist from Florida Elks Children’s Therapy Services talked with guests about the program. A car show was held in the street with over 20 antique and exotic cars on display. Sanford Lodge 1241 was proud to host an event to help make a difference in the lives of military families. Through donations from local businesses and individuals, the East Central District raised $11,000 for the Army of Hope. 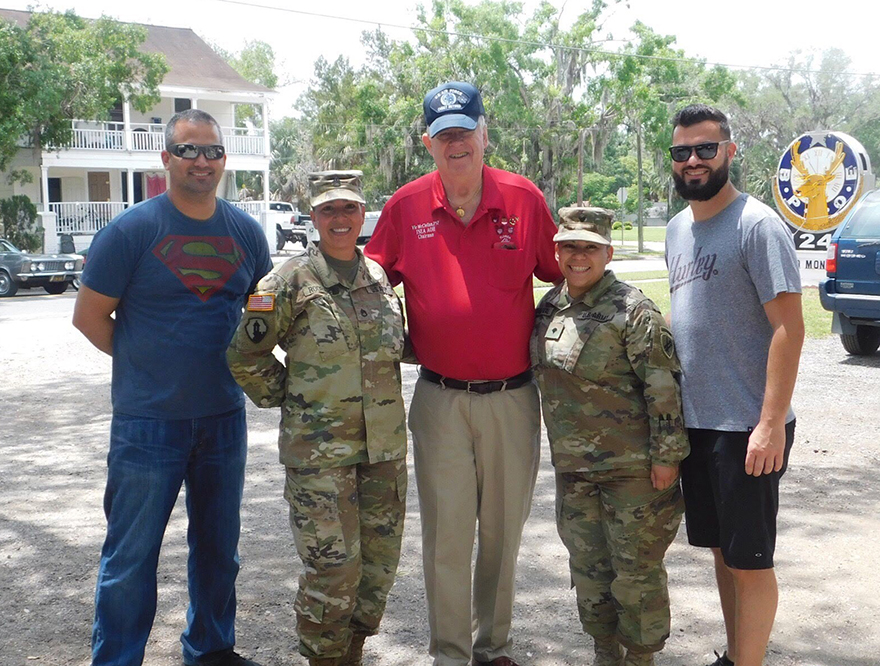 Soldiers Rodriguez and Sandoval and their significant others posed for a picture with PSP Vic McClellan, Army of Hope Chairman, during Sanford Lodge’s Army of Hope fundraiser. 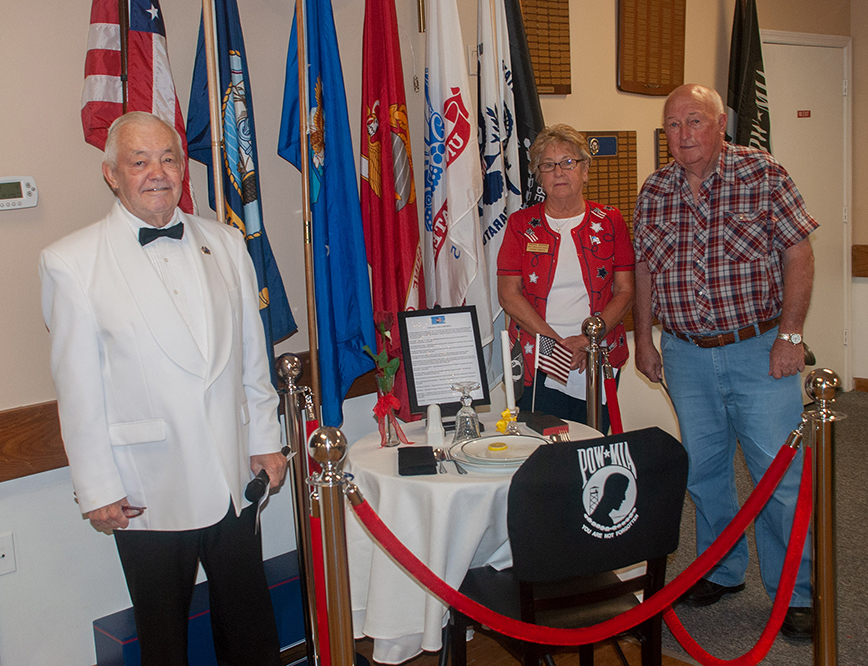 During the annual Memorial Day dinner and dance, the West Citrus Elks Lodge Veterans Committee presented a missing-man table in memory of fallen POW/MIA heroes. Pictured during the ceremony are committee members Jack Stewart; Joanne Hepner, co-chairman; and Jack McKowen. The table will be permanently displayed in the lodge vestibule. 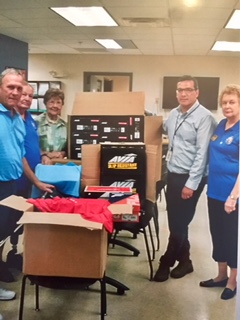 The Treasure Coast Homeless Veterans Stand Down was held May 17 at Veterans Memorial Park in Fort Pierce, Fla. Fort Pierce Elks Lodge #1520 had a booth and used an Elks National Foundation Freedom Grant to purchase tents, supplies, personal-care items and food. Every homeless veteran received one of everything available in the 30 booths including free meals, legal services, health screenings, employment services, and help with accessing VA benefits and services. Transportation was provided and the place was packed. Everything was given away to the homeless veterans. It was a very rewarding event for the lodge and the volunteers. 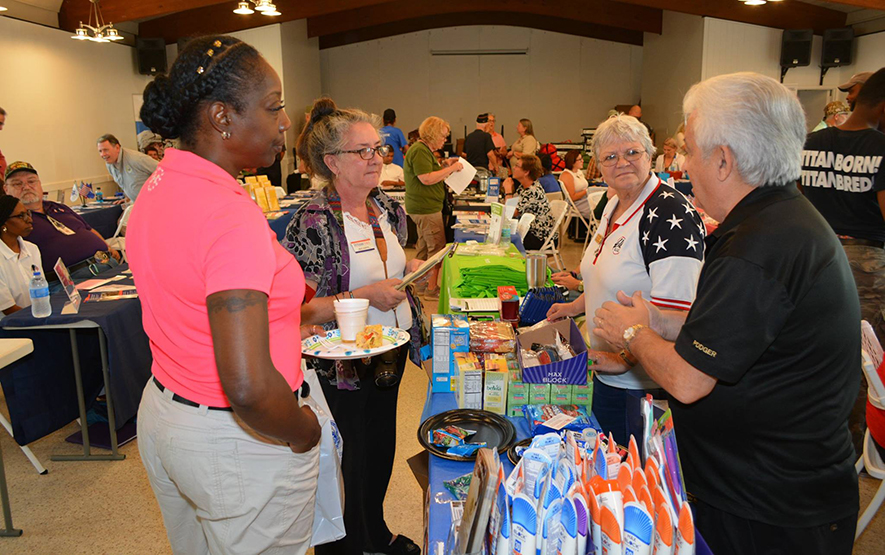 During a veterans Stand Down, Lenny Smallacombe, PDD and Trisha Swayngim, PER from Fort Pierce Lodge speak to a representative from social services and a writer from “Veterans Voices,” a magazine about local veterans events in St. Lucie County. 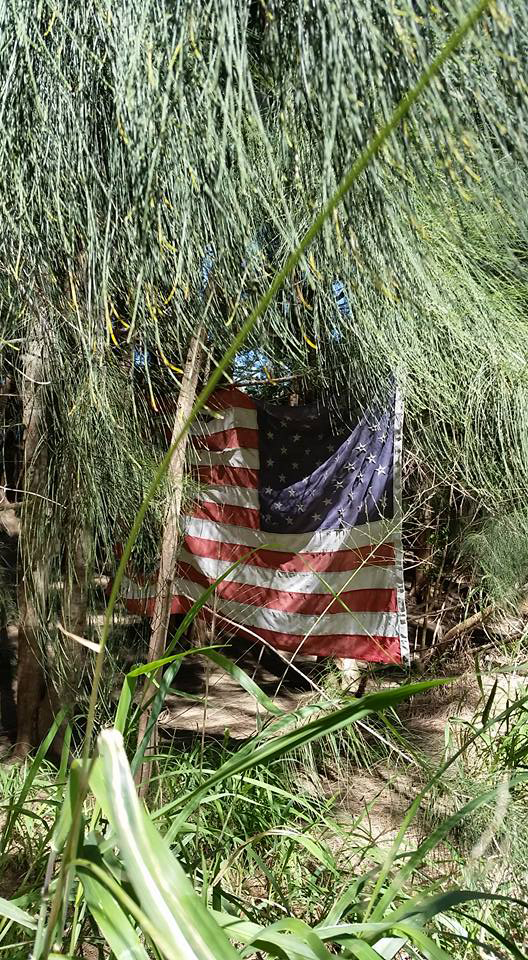 With the funds from the Freedom Grant left over after the Stand Down event, Fort Pierce Elks donated tents, flashlights, bug spray and personal items for homeless veterans living in the woods. 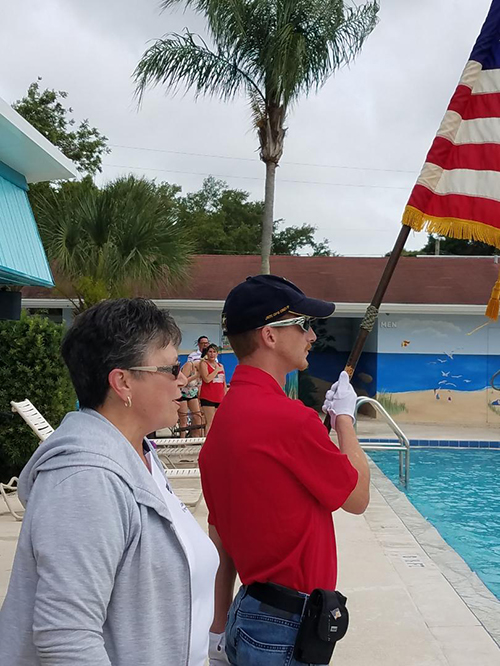 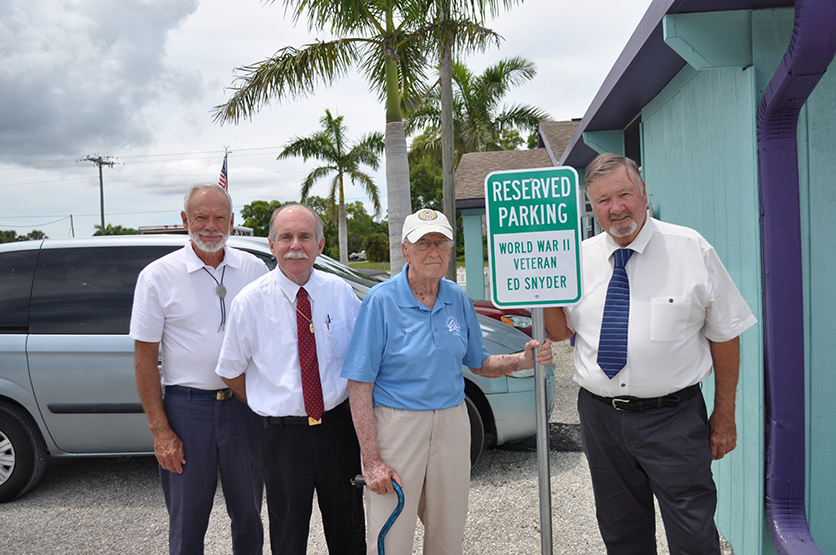 Greater Pine Island Elks Lodge #2781 honored WWII veteran Ed Snyder at the lodge Flag Day ceremony by designating a special parking place for him. Snyder served as a bombardier on B-24s and flew 30 missions over Nazi Germany and France. 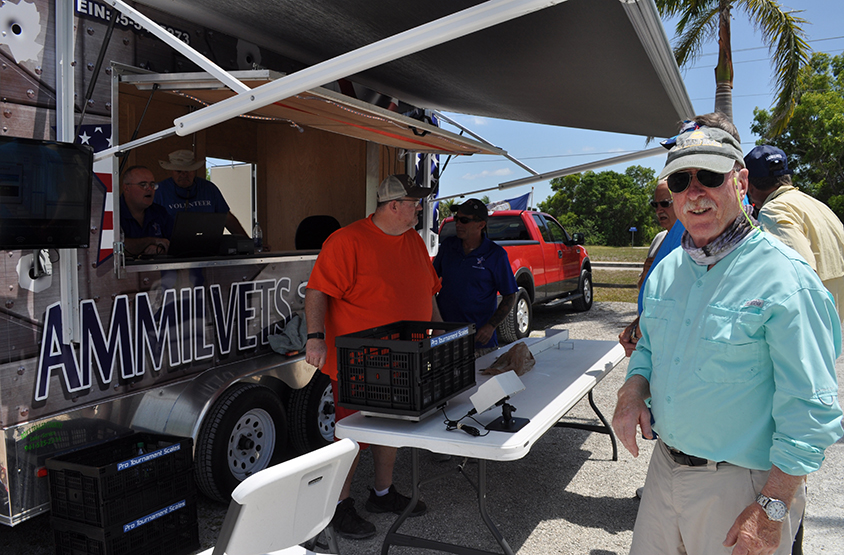 The American Military Vets were on hand to weigh fish at the Greater Pine Island Elks Lodge’s first fishing tournament. Thirty-seven fishermen took part in this one-day tournament which raised over $900 for the lodge’s veterans programs.