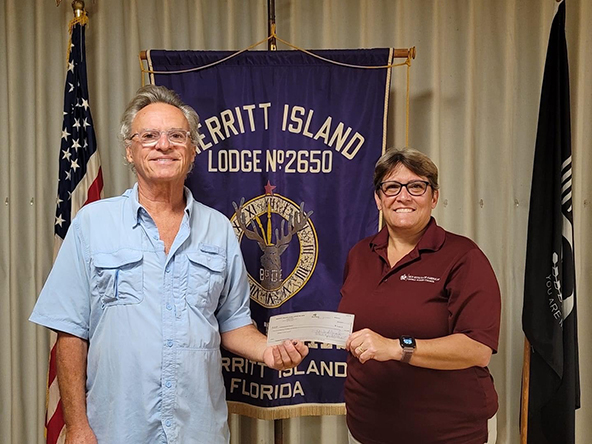 On May 29, Trustee Kim Johnson of Merritt Island Lodge presented a $2,500 donation to Charlene Neuterman of the scouts’ Challenger District, which includes several local troops. She and her husband, Don, lead and organize the weeklong annual scouting day camp and twilight camp. The donation will be used for July’s program activities. The Neutermans have applied for Elks membership at the lodge as well. 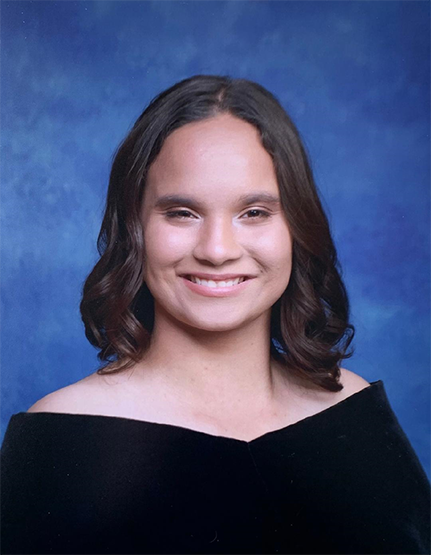 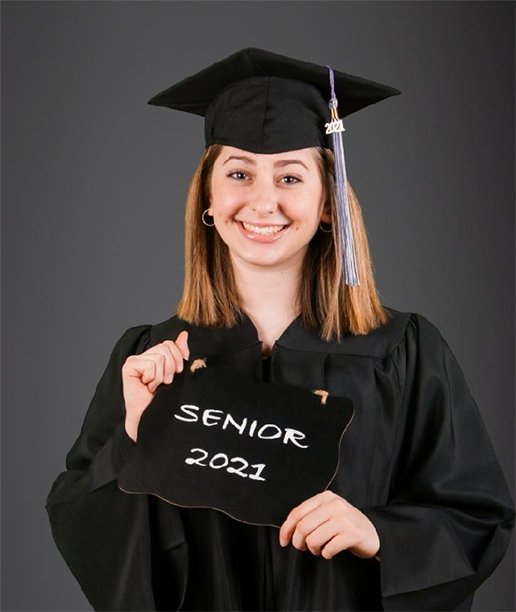 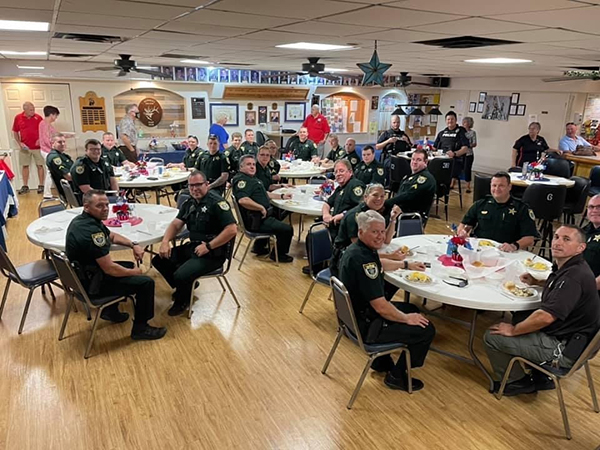 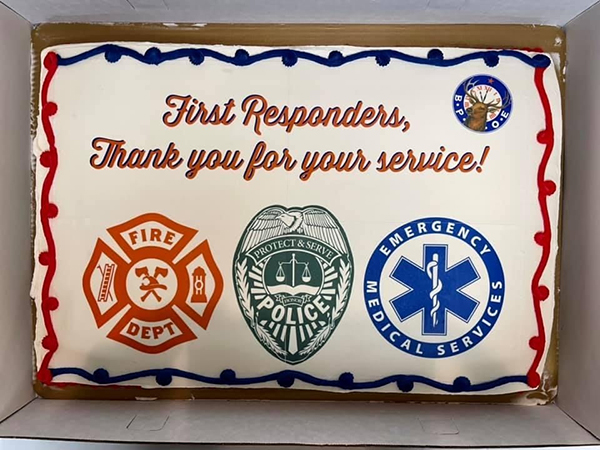 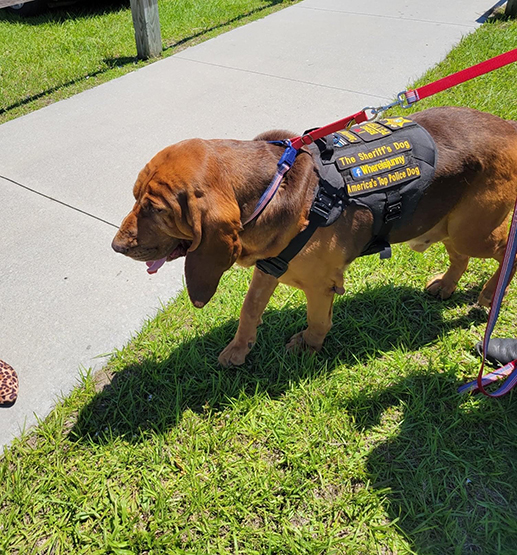 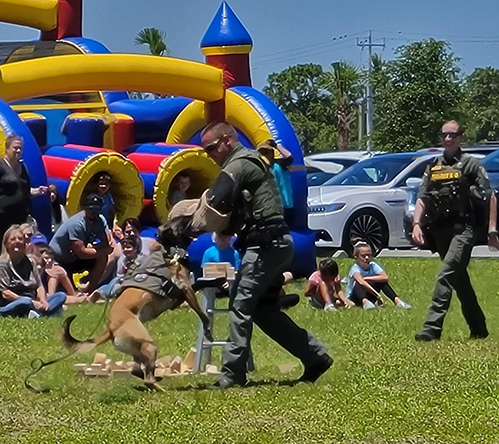 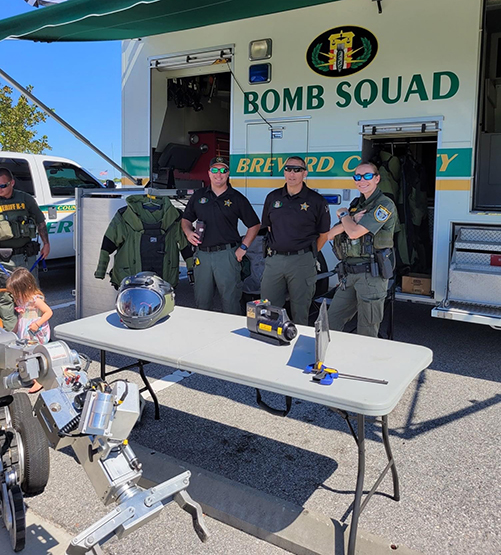 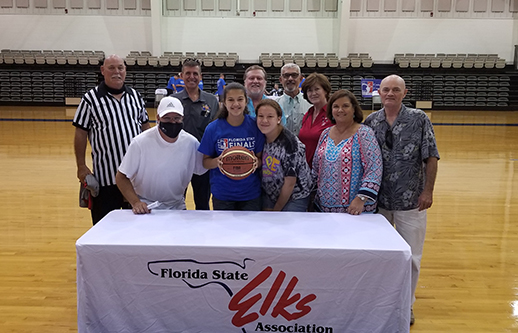 Palm Coast Elks Lodge #2709 has sponsored Alexandra Perez in the Elks Hoop Shoot since she was 9 years old. At 13 this year, she won first place in the girls 12-13 division, successfully completing 20 of 25 free throws. Pictured at the Hoop Shoot May 1 in the front row is Perez flanked by two family members. Also with them are Phil Watercutter, East Central District Hoop Shoot Chair; Bob Thoubboron, Loyal Knight; Jerry O'Gara, Secretary, and his wife, Mary; Bradford Lake, Lecturing Knight; and John Clouser, Exalted Ruler, and his wife, Karen. 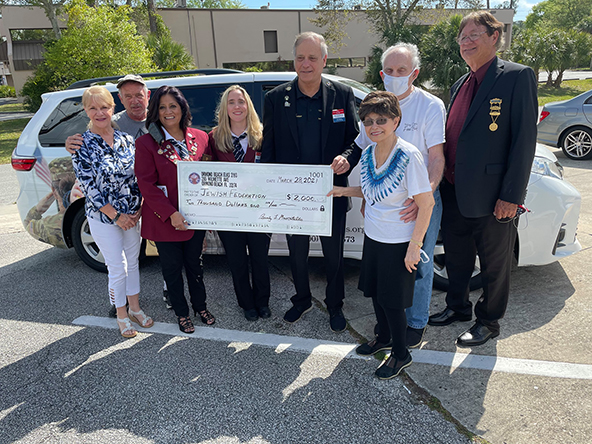 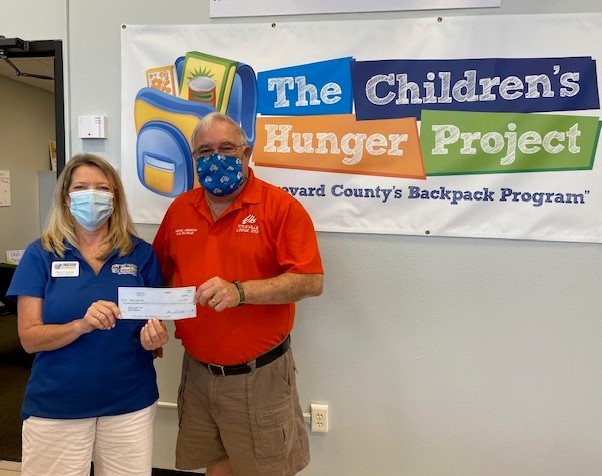 Titusville Elks Lodge #2113 used its Elks National Foundation Beacon Grant to donate $2,500 to the Children’s Hunger Project. Cheryl Cominsky, Executive Director of the Children’s Project, accepts the check March 31 from Exalted Ruler Mike Anderson, PER. The project provides weekend meals during the school year and fights childhood hunger. This donation will make 625 meals and will feed 17 kids for a year. 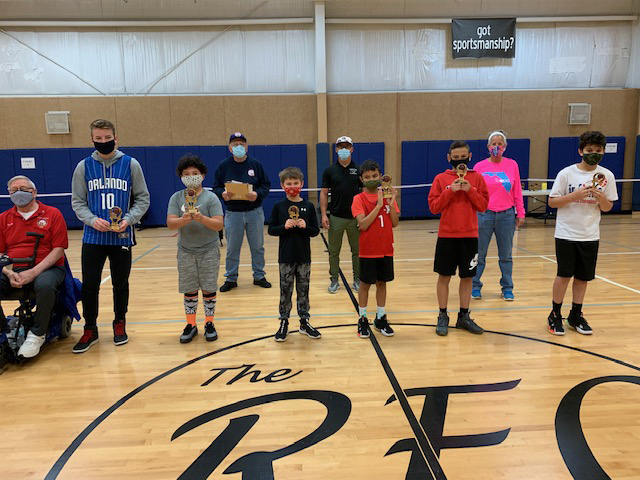 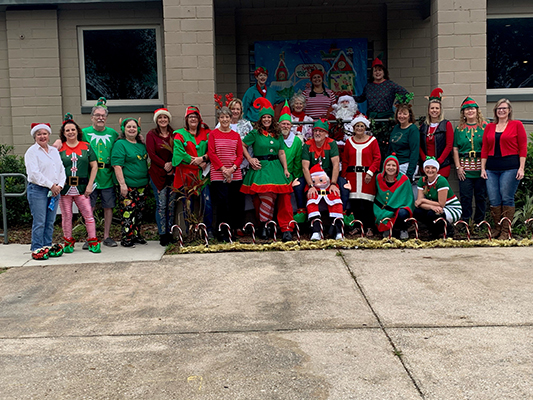 DeLand Elks along with other community partners provided kids in DeLand, Florida, a socially distant and fun Christmas affair. The Elks prepared and distributed more than 250 goody bags that included homemade cookie decorating kits, ornament kits, coloring pages and crayons. Santa and Mrs. Claus along with their Elk elves greeted kids with their masks on as they came through the drive-thru for some Christmas cheer! Member Davina Watercutter chaired this event. 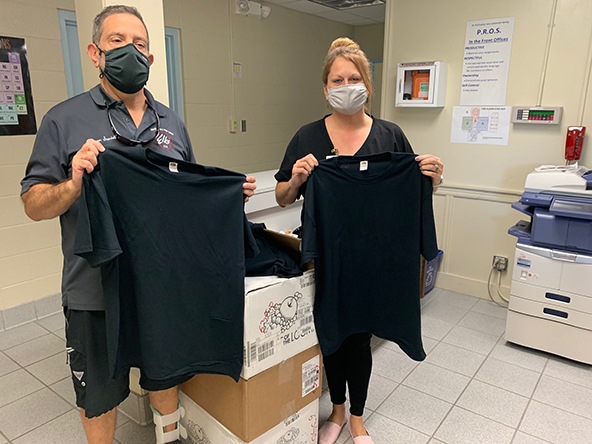 Principal Tagye of Gardendale School on Merritt Island in Florida asked Merritt Island Lodge if they could donate some T-shirts to the student body that would be used for uniforms. This school is the last chance for students who have gotten into trouble in traditional public schools in the county, and in many cases, it is a choice of expulsion or attending this facility, which is a Brevard Public School. The student body consists of approximately 125 students. However, because of the pandemic, the in-house attendance is about 50. Using $500 from the state association’s match of the $3,500 Elks National Foundation Beacon Grant, Donn Sophia and his daughter, Sophia Sardella, delivered 200 T-shirts to the school Nov. 4. With budgets tight all over, Tagye was very appreciative to get the shirts for her students. She explained that the goal of this school is to have the students return to their previous school better prepared socially, emotionally and academically. They also teach some values so the students can be successful in life. 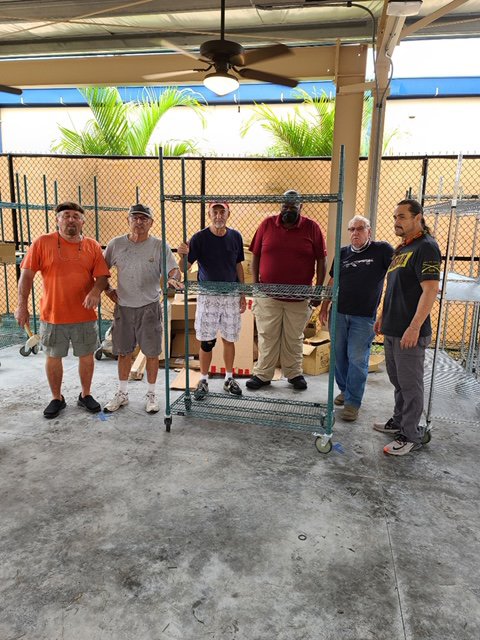 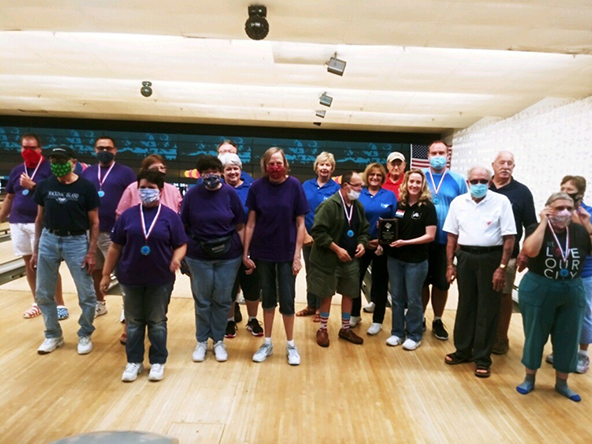