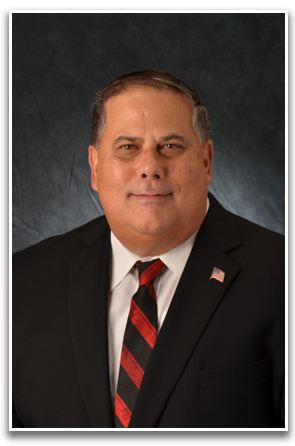 Welcome to the summer of 2022! As schedules are keeping everyone busy, let’s look back at some of the great things that the Florida State Elks Association has been doing!

The Unmasking Autism Gala held in St. Petersburg, Florida, April 23, 2022, was attended by 340 people, both Elks and others from the philanthropic community, to learn about the Florida State Elks Association and about what the lodges all do to help their communities. This was an evening with camaraderie, a tasty meal, a guest speaker, a live auction which generated excitement and funds, a silent auction, and a live painting done by one of the famous Highwaymen artists, Al Black. The guest speaker was a young man name Blaise Runge, who was nonverbal until the age of 5 1/2 when he started receiving therapy from Florida Elks Children’s Therapy Services (FECTS). He is a great testament to the successful treatment that is received by FECTS patients! Blaise had everyone in tears as his speech was very powerful! He will be attending Stetson College starting this fall. We congratulate Blaise and wish him well! Brian Burns, PSP was instrumental in getting him therapy and recommended that he would be a great guest speaker and he was right on target. Thank you! Everyone in attendance had a wonderful time and commented that they enjoyed the evening and would be back! We hope to have many more lodges participate next year for the Unmasking Autism Gala — “The Power of Love” — by having your lodge buy a table. This is the state’s premier fundraiser and made more than $150,000 that will go to FECTS for treatment of children with autism spectrum disorder (ASD). As stated by Carl Seibert, COO/State Secretary, “This was not only the best event in the history of Florida Elkdom but perhaps in all of Elkdom!”

The state convention was another successful one for the books! It was attended by many fellow Elks who were ready to mix and mingle with other fellow Elks and share what has been happening in their lodges and lives and take the latest information back to their lodges. Some went back home with treasures that were purchased at the silent auction. This is an event that displays firsthand what the Florida State Elks do and why we are all proud to be a Florida Elk! As in the words of Mike Smith, “Florida Elks are loud, proud and visible!”

The Elks national convention this year was held in Atlanta, Georgia, and was attended and well represented by Florida Elks! It is interesting to hear what the other states have found to best grow their membership, what their major projects are and how many lodges are within their state. There have been many friendships made over the years with fellow Elks from other states by those who have attended the national convention.

With these events behind us, you can see that the Florida State Elks Association is keeping very busy and moving on to the next event or fundraiser!

As I stated at the state convention and in the last magazine, we received 17 pallets of donated school supplies and noted for lodges to contact me if they wanted to arrange for a pickup. Many lodges throughout the state made contact and picked up supplies for their communities. The school supplies have been distributed and there will be many happy smiles when the students go back to school and have the supplies needed.

Here are some upcoming dates to remember and mark on your calendar:

Elks Day at the Rays — Sept. 4, 2022 — St. Petersburg, Florida
Get your tickets at floridaelks.org/rays. Join a day of fun and camaraderie!

Unmasking Autism Gala — The Power of Love — April 22, 2023 — Downtown Hilton Bayfront in St. Petersburg, Florida
Lodges can show their support and purchase a table for 8 to 10 people and all net proceeds go to Florida Elks Charities to support one of our major projects, Florida Elks Children’s Therapy Services. This is the premier state fundraiser. Please join us for a spectacular evening!

In closing, I would like to give a shoutout to Wesley Shaw, a member of St. Petersburg Lodge #1224. He has been very instrumental in the partnership with the Elks as the liaison for Walgreens for the Walgreens/Elks Community Toy Drive. He has just been promoted to District Manager 645 for Walgreens and will continue to work with the Elks and me as the contact for the Elks on the Walgreens/Elks Community Toy Drive! We are hoping that we will be able to expand and add stores going south toward Fort Myers in the future!

I hope each one of you have a great summer and always remember to take the time for those you love! Enjoy your summer and God bless you!