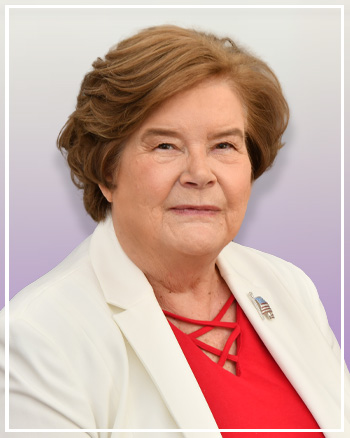 I would like to introduce myself. I am LTC(ret) Linda M. Rittenhouse, from St. Augustine, FL. My husband, Gene, is currently District Deputy Grand Exalted Ruler of Northeast Florida, and a member of Green Cove Springs Lodge # 1892 in Green Cove Springs, FL.

I was born in Pawtucket, Rhode Island, in 1946, the eldest of three children and raised in North Attleboro, Massachusetts. Following graduation from High School, I attended Faulkner Hospital School of Nursing, Jamaica Plain, MA, graduating with my RN in 1968. I was commissioned in the Army Nurse Corps in 1970 and following two and one-half years of active duty, returned to college at Colorado Womens College in Denver, Colorado and earned my B.S. in Allied Health. I continued my military career in the Army Reserves and returned to Active Duty in 1980. After a combined 27 years of military service, I retired as a Lieutenant Colonel from the US Army Nurse Corps in 1997. I met Stanley (Gene), while assigned to the 351st General Hospital (reserve unit) at Hanscom Air Force Base, and we married in January 1996. I have one stepson, Garret, who lives and works in Burlington, Vermont.

Gene & I retired to St Augustine, FL in 1997 and he joined Elks Lodge 829 in 2004. I became active in the ladies organization (Eland) in 2006, attending my first FLOE Conference in Melbourne in September 2007. Gene demitted to Green Cove Springs Lodge #1892, in 2015, which is currently our home lodge. He was named the state Outstanding Elk of the Year for 2015-2016. Gene & I both work tirelessly to use Elk grants to improve the lives of children and veterans. 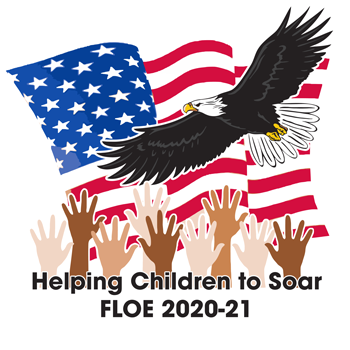 Past President Elizabeth Wise was the driving force behind my FLOE involvement. She strongly encouraged my active participation. I have held various positions in FLOE while continuing to be active in lodge and Eland activities (Including 4 years as Eland president (2008-2012)). I was elected as FLOE Treasurer in 2018, Vice president in 2019, and President in 2020.

I have chosen my colors for the year to be Red, White & Blue, to recognize my time in the military and honor those still serving. My motto is “Helping Children to Soar”, to exemplify our continuing support of helping children to reach new heights within themselves. To represent these recognitions, I have selected the American Flag and a soaring American Bald Eagle as my symbols for the year. My flower will be the poppy, to symbolize past sacrifices our military members have made. My goals for the upcoming year are to increase FLOE membership and participation, and increase fund raising for the Fl Elks major projects. Being elected as the FLOE president is a great honor. I look forward to representing Florida Ladies within the Elks organization to the best of my ability.