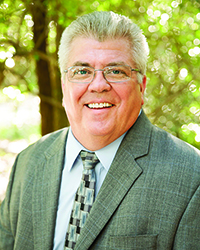 Since my last article, we had a visit to the Northwest District, and what a great visit it was. Actually, it did not start off very well, as I turned in front of a gentleman who was riding his motorcycle and he hit the side of the van, knocking him off his bike. Luckily he was not hurt and his motorcycle was not too badly damaged. As for our state van, it is in the shop having a dent in the door repaired. I am so glad there were no injuries and he ended up being a good sport about it. We continued on with a great weekend and a wonderful visit to the Northwest District.

On Friday evening we visited Holley-Navarre Lodge and had a fantastic meal and socialized in the lounge, getting reacquainted with some old friends and making some new ones. Rachel ended up getting a recipe for the the soup we had earlier. On Saturday morning we had some free time, so Rachel and I went out to the pier and also saw the beautiful beaches they are known for. Then we went back to the hotel for a picnic, where Florida Elks Children’s Therapy Services therapist Elizabeth Maina and some of the families and kids we treat were in attendance. This made it more enjoyable watching the kids play. They enjoyed the hamburgers and hot dogs. One of the fathers came up to me and said what a positive change he has seen in his son since he has been in our therapy program. He stated he had never even heard of the Elks before.

On Saturday evening, we were treated to a nice surprise. A limousine pulled up with flags attached to the front hood, one side with the American flag and the other side with flags with my logo. Behind the limo was a small entourage, which followed us on our drive along the beach to Pensacola Beach Lodge. We felt very presidential. At the lodge, we were able to sit out on their beautiful patio and watch a gorgeous sunset. Then we went into the lodge for a great dinner and again got reacquainted with some old friends.

Our next event was the November midyear convention. As some of you may know, the day before the convention started, I was admitted to the hospital. After several days, they diagnosed me with AML, a form of leukemia. As I write this, I start treatment tomorrow, Dec. 27. I will be in the hospital for an extended stay and I ask for your thoughts and prayers for Rachel and me, as we have a long road of recovery ahead of us. Good thing I have Rachel by my side to help me through this difficult time. Our State Vice President at Large, Joe Cooper, and his wife, Allie, will be filling in, along with endorsed VPAL, Russ Smith, and his wife, Denise. They are both very capable and will do a great job.

What a start we have had. The midyear convention in St. Petersburg began with State President Danny being unexpectedly admitted to the hospital. Allie and I did our best to fill in for Danny and Rachel for the convention. It started out with the great honor of being endorsed for State President by the Past State Presidents Advisory Committee. Allie and I look forward to serving the Florida State Elks Association next year and traveling to each of the districts with endorsed VPAL, Russ Smith, and Denise. Attendance at the midyear was down a little due to Hurricane Nicole blowing through from the east coast. Nonetheless, midyear commenced. On Friday morning there was a great presentation about membership by the State Vice Chair of Membership, Kenneth “KB” Branch. He talked about the great tools and resources that are available from the Grand Lodge to assist our lodges in recruiting new members and reducing delinquency. I hope everyone who attended took some of the good information he provided back to their lodges so that Florida can have a membership gain for the year. Friday’s major projects session was, as usual, a high point at the convention. We heard about all the fantastic updates on our two major projects, the Florida Elks Youth Camp and Florida Elks Children’s Therapy Services. I also had a chance to meet with all of the District Vice Presidents and state committee chairs as we all make our second-half-of-the-year push and put emphasis on Danny’s motto, “Unity and Dedication Create Success.” Saturday morning, the convention wrapped up as we heard reports on how each committee performed through the first half of the 2022-2023 Elk year.

In early December, Allie and I had the distinct pleasure to visit the Southwest Central District and we had a great time. On Friday evening, we attended a dinner at Plant City Lodge, where we were hosted to a wonderful meal and got to spend some time with their members and several visiting members. On Saturday, we visited the Aerospace Center for Excellence, better known as Sun ‘n Fun, in Lakeland. What an amazing facility it is with an amazing number of programs for the youth and young adults of Polk County. From housing a high school to supporting a degree program at Polk College in addition to the various clubs and youth STEM programs, they are really pushing aviation forward and providing opportunities that did not exist a decade ago. On Saturday night, we were hosted by Lakeland Lodge for dinner, where I was able to deliver State President Danny’s message to the district. We talked about membership and the numerous accomplishments that the lodges in the Southwest Central District have made. While Allie and I missed being able to be with Danny and Rachel at the visit, we could not be more thankful for the warm welcome and hospitality we were afforded by the Florida Elks who came out.

We will be visiting the North, North Central and Northeast districts as we start 2023. We look forward to seeing everyone at the February quarterly meeting, where we will be joined by our Grand Exalted Ruler, Bruce Hidley, and Helen at our beautiful Florida Elks Youth Camp.