Flag Day is a Celebration at Jupiter Lodge 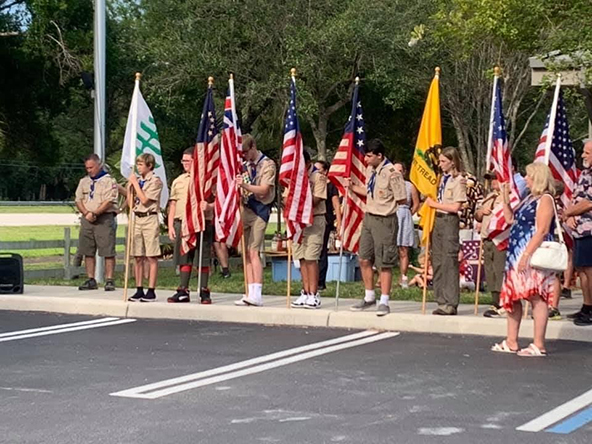 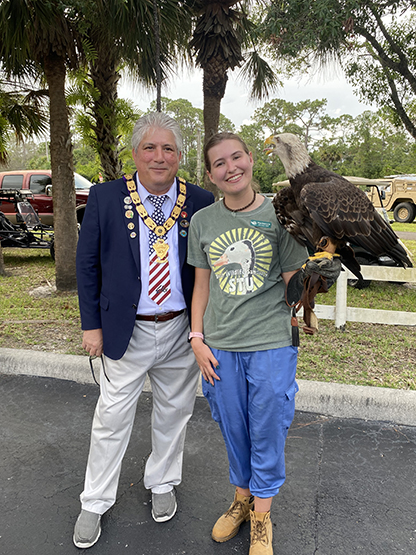 Pack 778 chartered by Jupiter Elks Lodge #2469 held their annual pinewood derby April 25. The scouts were very excited to display and race the cars they built over the past few weeks. The event was full of action and great-looking cars. The top three winning scouts were Sienna R., Emerald R. and Robbie B. 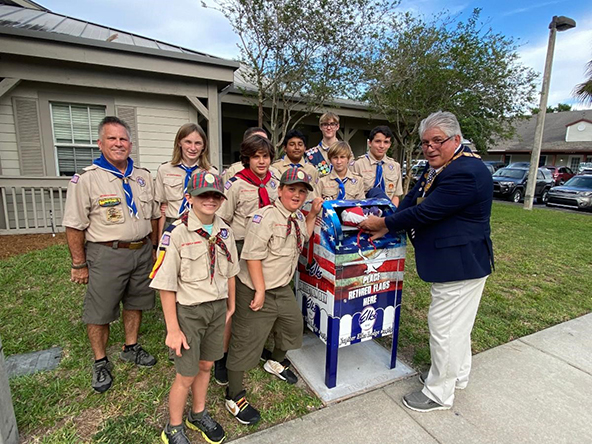 With the assistance of Troop 109, Cub Scout Pack 778 and Cub Scout Pack 157, Jupiter Elks Lodge #2469 marked Flag Day by unveiling a newly installed American flag collection box in the lodge parking lot during their Flag Day celebration June 12. The box is for community members to properly dispose of worn flags, which will be retired by local scouts with a proper ceremony. The United States Postal Service does not donate or sell old boxes because too many people were placing mail in collection boxes that had been refurbished for other purposes, so the lodge purchased one online with funds from the Florida State Elks Association matching Elks National Foundation Beacon Grant. Troop 109 built the concrete slab for the box and Demented Graphics, a full-service print shop in Jupiter, Florida, donated the wrap graphics. 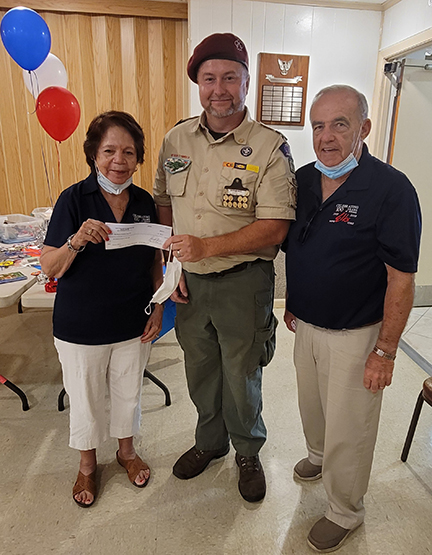 On March 28, West Palm Beach Elks Lodge #1352 donated $500 to Boy Scout of America Troop 199, which is sponsored by the lodge. This is an ongoing donation to their summer camp scholarship program. Pictured are Elaine Maes-Morey, Exalted Ruler; Marty Williams, scoutmaster and lodge member; and Ed Morey Jr., PER. 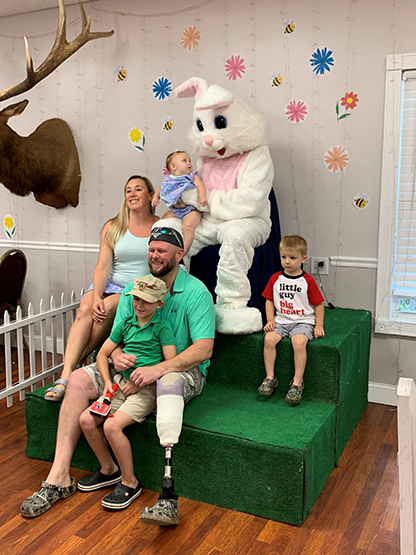 On March 28, Jupiter Lodge hosted an drive-thru event with the Easter Bunny to practice social distancing due to the pandemic instead of hosting their traditional Breakfast with the Bunny. However, the kids loved it just the same. Seeing the Easter Bunny brought smiles to their faces and each child received an Elks goody bag filled with information on the Florida Elks Youth Camp, Therapy Services, scholarships, candy-filled eggs, and Easter coloring pages and games. 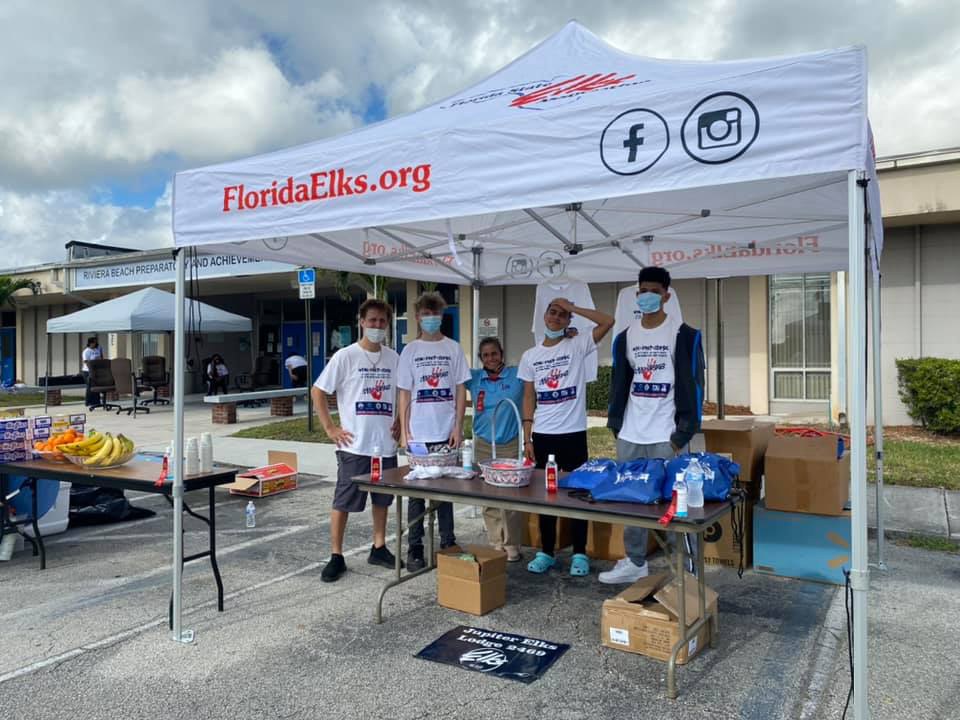 Jupiter Elks Lodge #2469 partnered with nonprofit organization Choice to Change and hosted a "Let’s Move to Be Drug-Free" food distribution event at local high school Riviera Beach Preparatory & Achievement Academy March 27. They handed out drug awareness and prevention brochures and goodies to all who attended and community service hours were given for the students that are required for graduation. The event was made possible through the Elks National Foundation Beacon Grant. Pictured is Rita Livingston, Esteemed Loyal Knight, with volunteers. 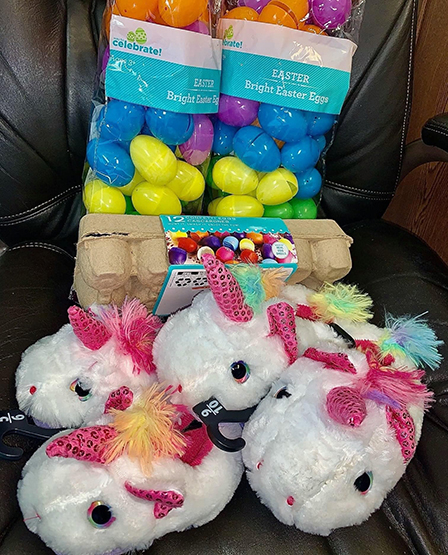 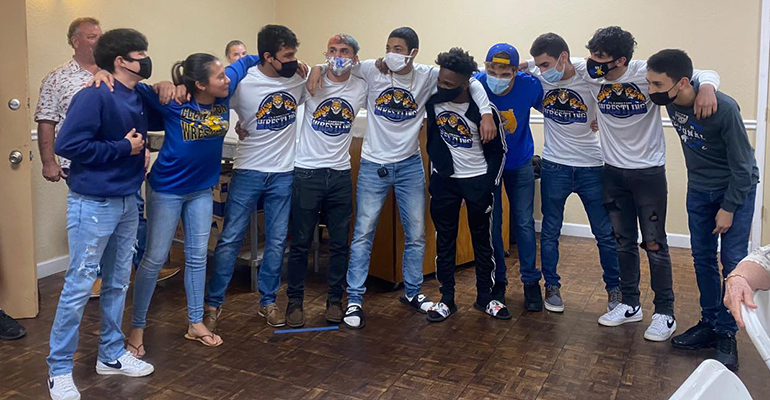 Clewiston Elks Lodge #1853 held its annual benefit drawing and membership drive March 13. It was well attended and helped the lodge raise enough money to continue supporting its charitable causes. The Clewiston High School wrestling team helped with various jobs during the event and helped make it a success. 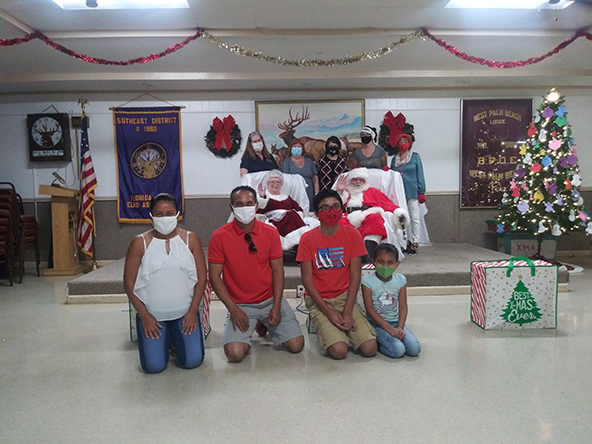 On Dec. 13, West Palm Beach Lodge hosted a children’s Christmas party with 75 children in attendance with their families. Each child received two gifts. Pictured is the family of Justa Ajanel and Fernando Rodriquez with children Alex and Kelly Rodriquez who attend one of five schools that are supported by the lodge. Also pictured are Santa and Mrs. Claus (Libby and Rodger Dill) along with Carol Blair, chair; Minia Cain, Leading Knight; Elaine Maes-Morey, Exalted Ruler; Karen Ebenhack, Lodge Treasurer; and Maureen Debigare, member. 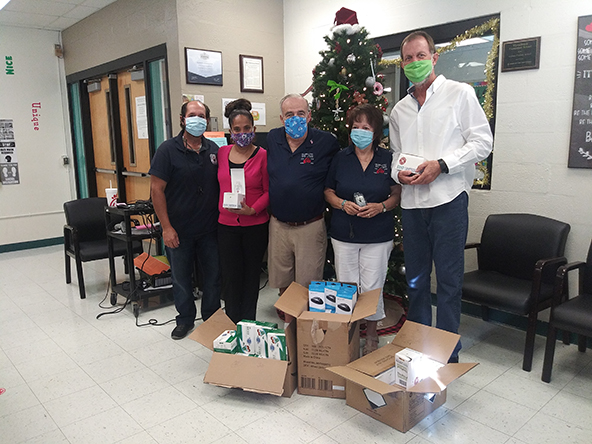 Jupiter Lodge also gave toys, bikes and a new outfit to 111 local children in need the week before Christmas. 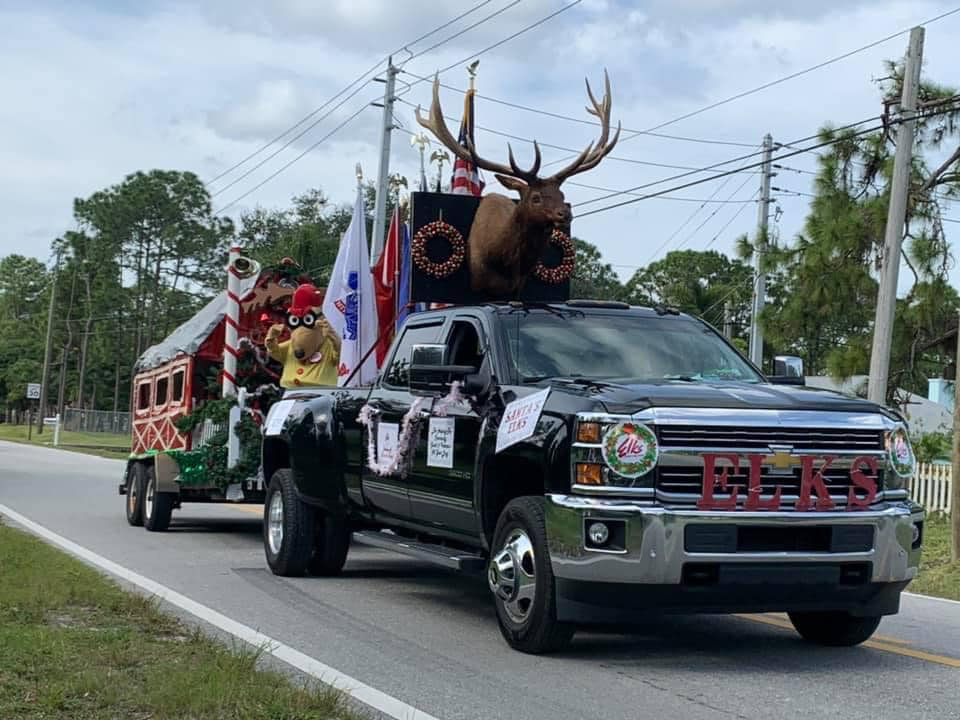 Jupiter Elks Lodge #2469 participated in the local Christmas parade Dec. 6 with a decorated float of elk stables to symbolize that Santa's Elks help the community year-round. Throughout the parade, the Elks spread Elkdom and holiday cheer as they handed out brochures about what it means to be an Elk along with drug awareness ribbons and candy canes.