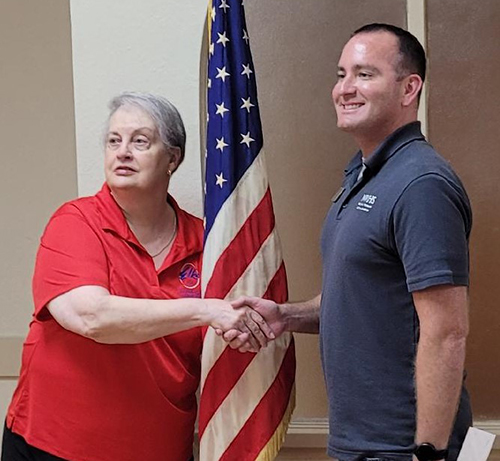 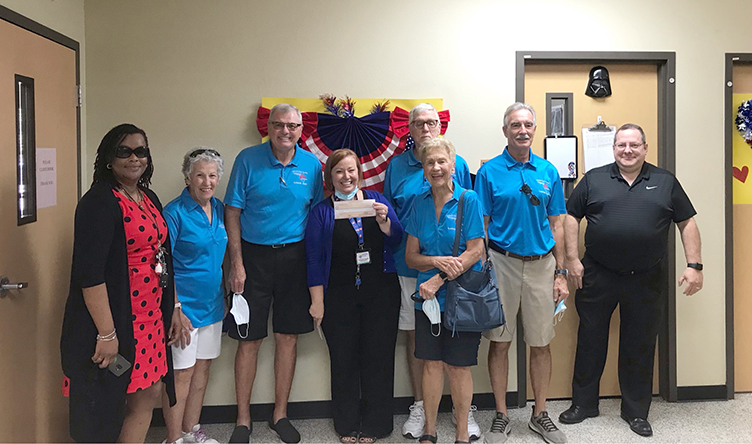 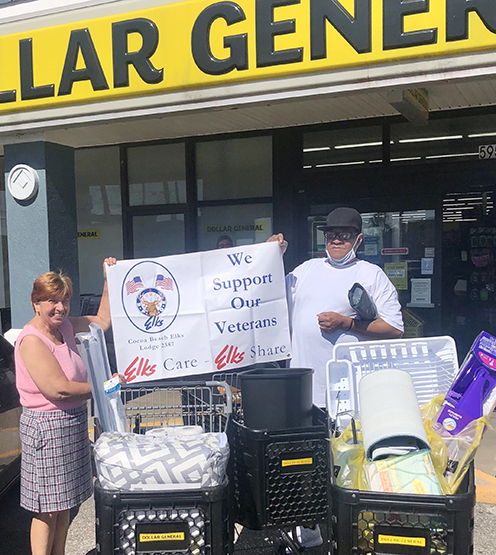 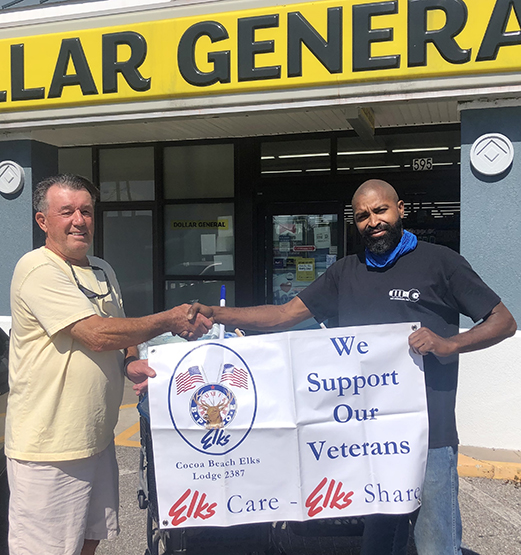 As of June 30, Cocoa Beach Elks Lodge #2387 has taken 504 homeless veterans shopping for Welcome Home kits valued at $122,000 since the program began in 2016. Twice a month, a group of Elks gather at the Dollar General store at 595 N. Atlantic Ave. in Cocoa Beach. They are each paired with a veteran and shop for $300 worth of items needed to set up their household including paper products, kitchen supplies, personal hygiene items, and bed and bath linens. The store manager has been more than supportive of the efforts and is greatly appreciative. The lodge has partnered with two local veterans organizations — Volunteers of America (VOA) and Support Services for Veterans Families (SSVF). The VOA manages an 80-bed transitional housing facility which prepares veterans to move from homelessness to permanent housing. SSVF is a service of the Veteran's Administration that re-houses homeless veterans and prevents homelessness for those at imminent risk due to a housing crisis. Once the VOA and SSVF interview and screen potential veterans for eligibility, they connect them with the lodge to go shopping for needed items. Pictured June 9 after shopping are lodge members Jean Greco and Walther Little with two veterans.

Veterans Receive Furnishings from Zephyrhills Lodge for their New Homes 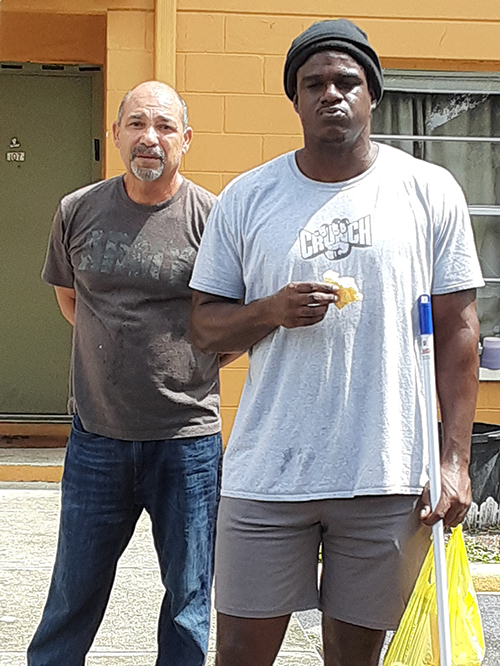 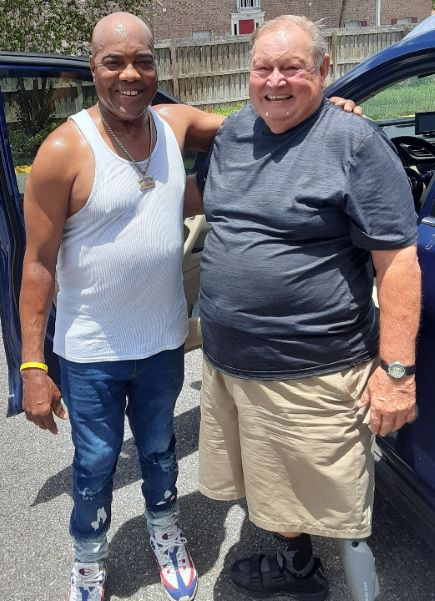 Sarasota South Elks Participate in Stand Down for Veterans 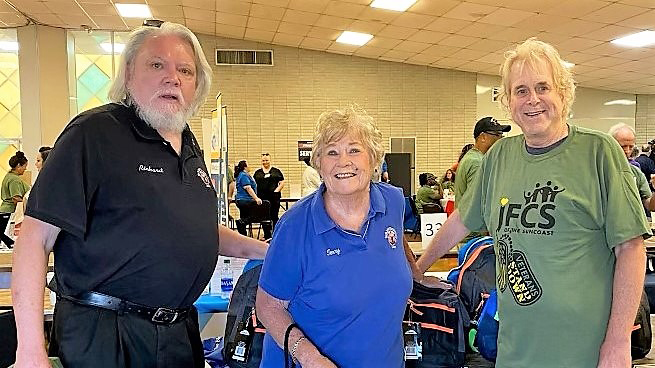 On June 26, Sarasota South Elks Lodge #2495 participated in a Stand Down for veterans who are homeless. With funds from the Elks National Foundation Spotlight Grant, they filled 96 backpacks with personal hygiene supplies, baby wipes, first aid kits, blankets, flashlights and more. The event was organized by the Jewish Family and Children Services (JFCS), with more than 35 agencies participating, including Infinite Wishes, Turning Point, License on Wheels and Streets of Paradise. This was the ninth Stand Down and approximately 93 veterans attended. The goal of the event was to register as many veterans as possible with the VA and see if they are eligible for medical, dental and legal services. Veterans were also treated to food and hot showers. Pictured are lodge members Richard Bouchard, PER; Terry Haberle and Steven Coyne. 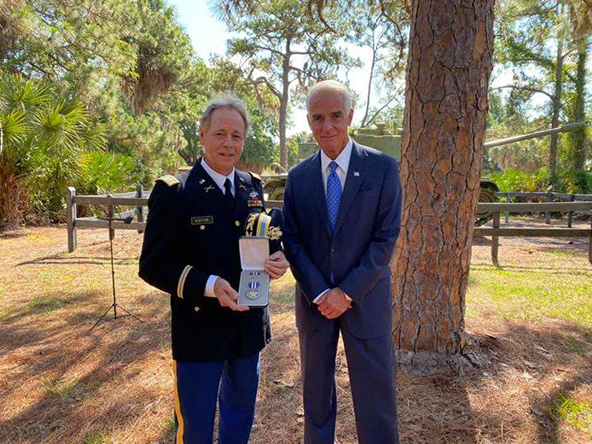 New St. Petersburg Lodge member John Kieffer, a Vietnam War veteran who led a mission that saved his combat veterans' lives, was awarded the Silver Star May 31, Memorial Day, at War Veterans Memorial Park at Bay Pines by Congressman Charlie Crist. Kieffer served as a platoon chief and was accountable for working with tanks. During a mission, a tank was attacked and he took management of the situation, which is the mission he is being acknowledged for 50 years later. During his military service, which included active and reserve duty, Kieffer attained the rank of Major. The Silver Star is the United States Armed Forces' third-highest military decoration for valor in combat and is awarded primarily for gallantry in action against an enemy of the United States. The ceremony began at 10 a.m. and was open to the public; a private celebration was held at the lodge afterward.

The Zephyrhills Lodge and Veterans Committee furnished two more veterans’ homes in June. Members Larry Falaas and Ken Fabiani, PER, Veterans chair, furnished the home of Donald Tailor June 11 and the home of Michael Ray Beason June 15. Beason is the 117th veteran whose home the lodge has furnished. 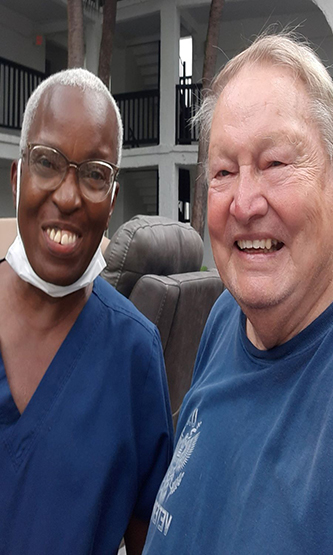 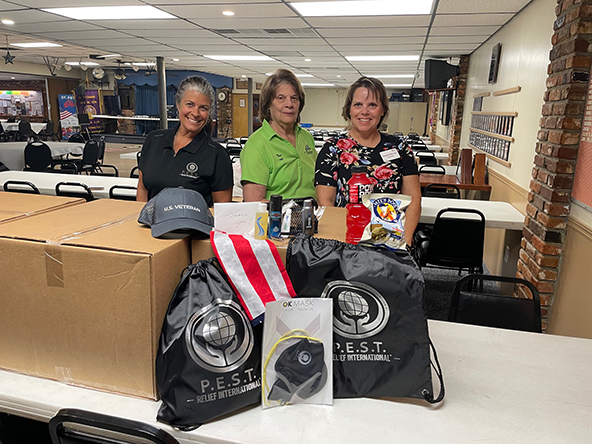 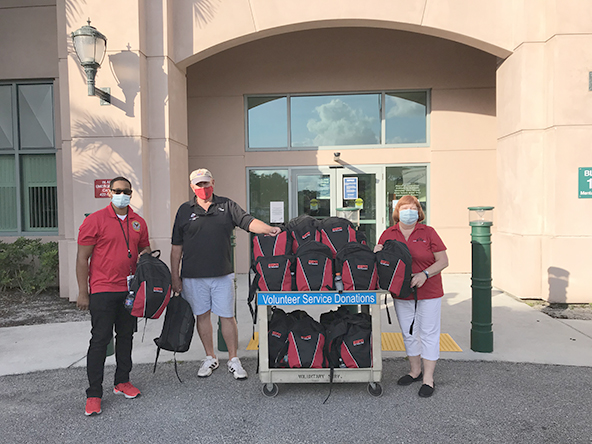 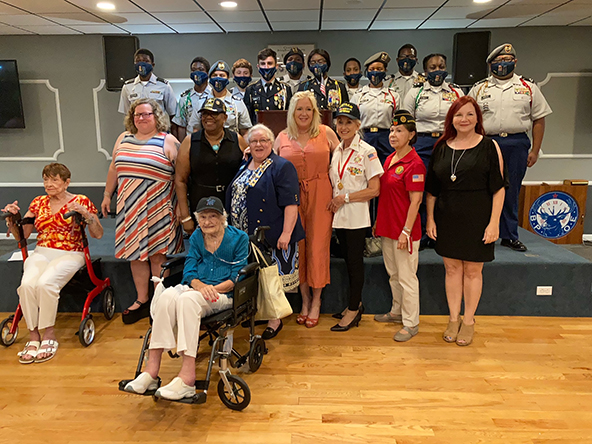