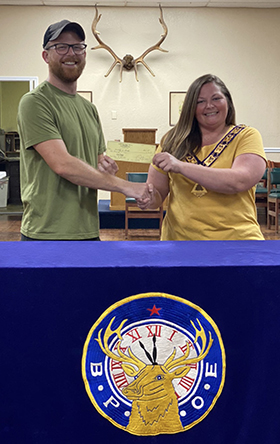 On Sept. 16, Clewiston Elks Lodge #1853 awarded $500 to the Clewiston High School wrestling team which is led by Quinn Miller, Esteemed Leading Knight. The team members are always willing to lend a helping hand around the lodge and at lodge annual functions. Pictured are Miller and Danielle Soles, Exalted Ruler. 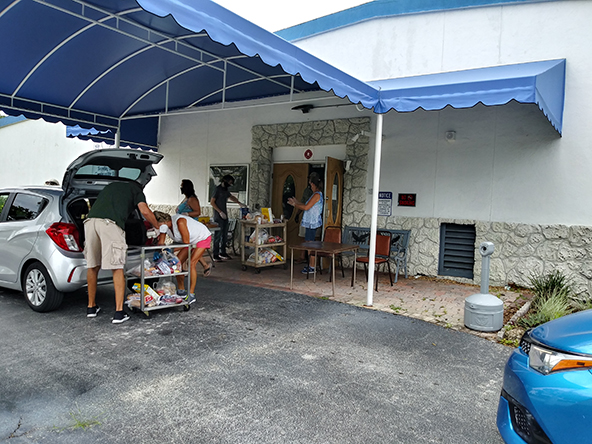 West Palm Beach Elks Lodge #1352 used its $2,000 Elks National Foundation Gratitude Grant to hold a food distribution drive June 8 for seniors 60-plus. Food for 100 seniors was either picked up or delivered to them. Pictured are Tim and Kathy Nelen; Andrea Wallace and son, Aiden Harter; and Vicky Frey loading cars. The smiles on the seniors’ faces made the day for all 17 Elks members participating. 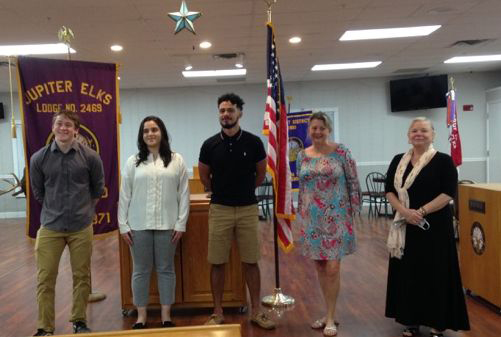 On May 27, Jupiter Elks Lodge #2469 and the scholarship committee honored three local high school students with $1,000 scholarships to help with their future education. The students were chosen according to their commitment to learning. They all had fabulous academic scores, took higher level courses and donated many hours to their communities. Pictured are recipients Doug Wingert, Fatimah Jaber and Alex Dawkins and Jupiter Lodge Scholarship Committee members Jill McDaniel and Amanda Murphy. 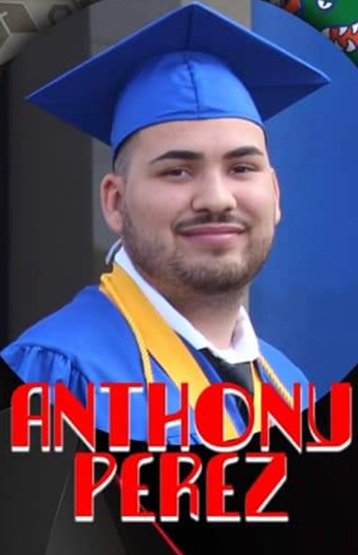 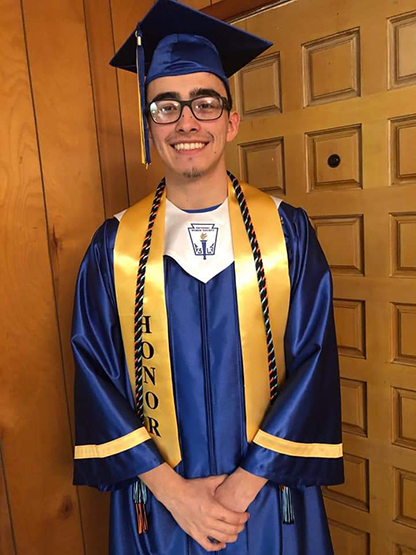 On June 2, Clewiston Elks Lodge #1853 awarded two $2,500 scholarships to local graduating seniors Anthony Perez and Juan Luna. Both students plan to attend the University of Florida in the fall. The lodge holds an annual golf tournament to continue to fund their scholarships each year. 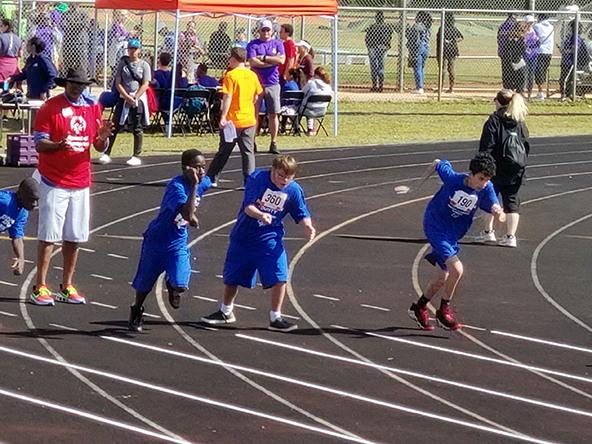 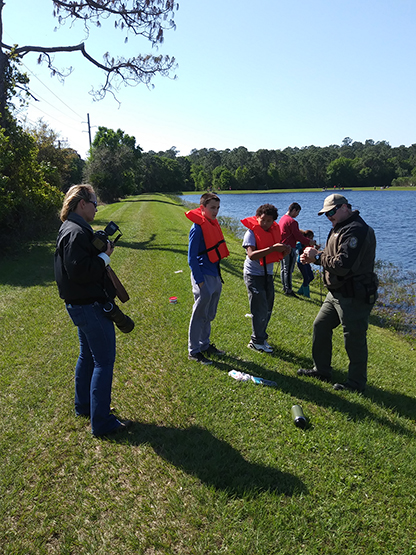 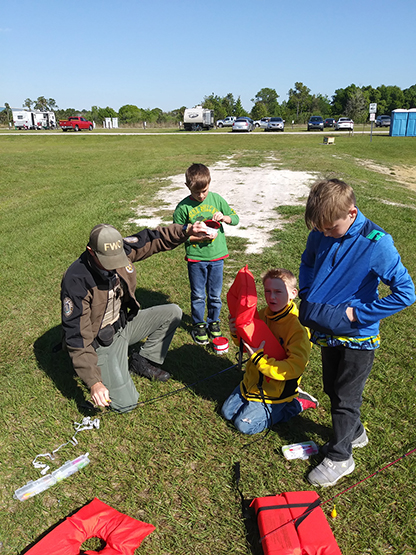 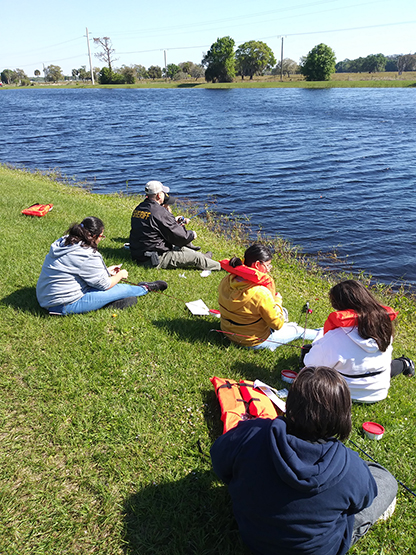 Lake Okeechobee Elks Lodge #2871 hosted a fun day at the Agri-civic Center Feb. 29. The event was called Cops and Bobbers and was all about safety, learning and fun. Local off-duty law enforcement from Fish and Wildlife Conservation (FWC), Okeechobee Sheriff's Office and Okeechobee City Police Department joined the kids for some fun and learning. FWC instructed the kids how to properly wear the life preservers they were given and discussed when they should be wearing the preserver. Then each child was gifted a rod and reel, small tackle box, and the basic tackle with which to fish. The officers each took three to four kids and showed them how to tie the hook, place the sinker and attach the bobber. There were prizes for the biggest fish, smallest fish and most fish caught. After the catch and release, the officers, kids, some of the parents, and Elks volunteers enjoyed some conversation and dined on hamburgers, hot dogs and sides provided by the Elks and prepared by David Drawdy. 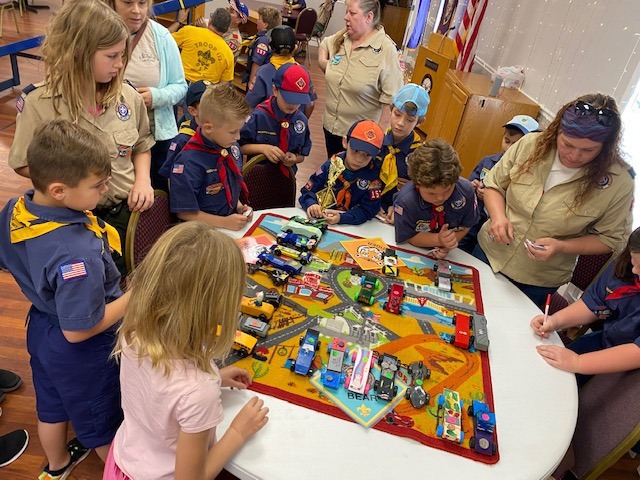 Jupiter Elks Lodge #2469 charters Pack 157 and hosted their Pinewood Derby the first weekend in March; the winners advanced to the district race. 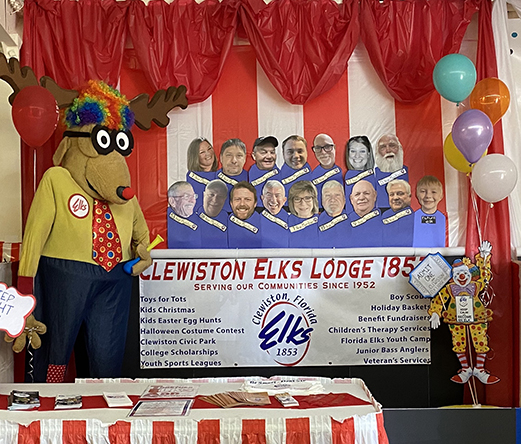 Clewiston Elks Lodge #1853 sponsored a booth at this year’s Hendry County Fair Feb. 11-16, providing flyers and handouts to highlight the many activities and charitable causes supported by the Elks each year. Elroy was popular among the kids and young adults and many stopped to say hello. Membership applications were given to those who expressed a desire to become involved and six new Elks were initiated Feb. 26. 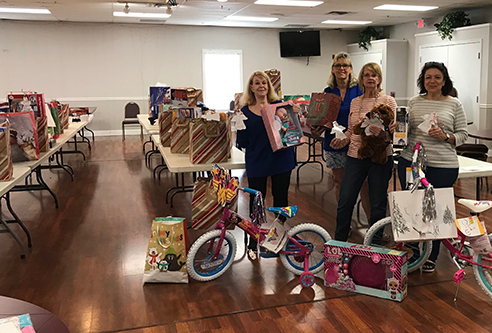 On Dec. 14, Jupiter Lodge House Committee members Susan Aubrey, Robyn Hammond, Alma Foreman and Maryann Wnukowski along with other members and volunteers assisted 104 local children in need including some who are homeless this holiday season with the lodge’s annual Angel Tree. Members went shopping and provided clothes, toys, books and bicycles to the children to help make some of their wishes come true. Deliveries took place Dec. 16-20. 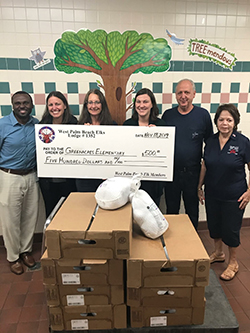 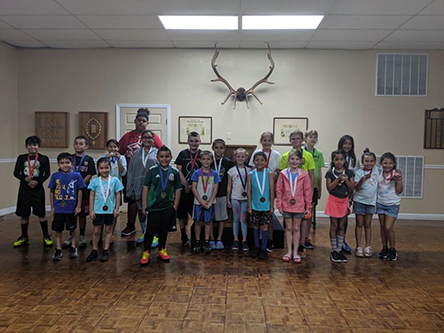 On Oct. 19, the Southeast District Soccer Shoot had a fantastic turnout thanks to Clewiston Lodge’s Marty Espinoza, District Chairman, who coordinated it. Lunch was served as well.