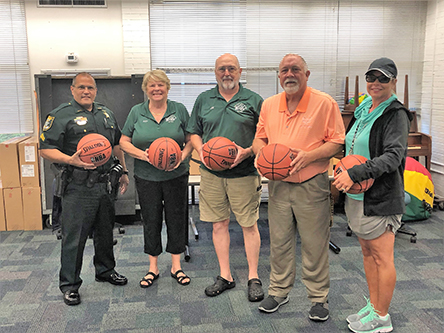 In December 2018, Pine Island Elementary School hosted the Hoop Shoot sponsored by Greater Pine Island Elks Lodge #2781. During the competition, SRO Cpl. W. Rivera noticed that the school’s basketballs were worn and in need of replacement. After the Hoop Shoot, Rivera was speaking with a lodge member about the school’s need for new basketballs. Lodge Exalted Ruler, Judy Hopkins, overheard the conversation and agreed to help with the purchase and donation of 10 new basketballs. The balls were purchased with funds from Greater Pine Island Lodge’s charitable trust and presented them to the school Jan. 24. 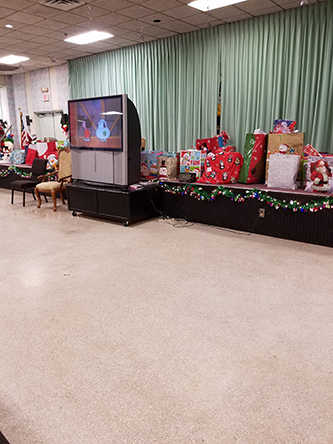 Englewood Lodge hosted their children's Christmas party Dec. 15. Each of the 115 children in attendance received a gift.

Deep Creek Elks Lodge #2763 included 14 people from the Janet Jones Group Home for adults who are physically and mentally disabled for their Thanksgiving dinner. The lodge includes members of this home in their special events.

The Deep Creek Ladies of the Elks held a very successful garage sale in November and made donations to Alex’s Lemonade Stand and Elks National Foundation. They also made a donation so Florida Elks Children’s Therapy Services therapists could purchase Christmas gifts for their patients. 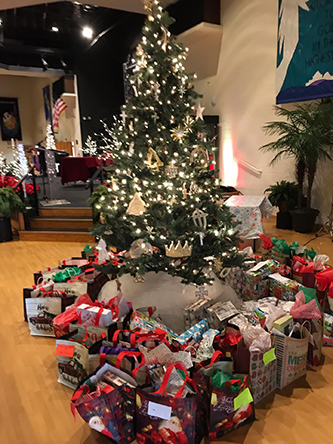 On Dec. 15, nine members of Punta Gorda Lodge assisted the Punta Gorda Police Department in hosting a Christmas party for 25 foster families consisting of 90 children and 40 parents. A turkey dinner with all the trimmings was cooked by the members and brought to the church.  Santa Claus brought gifts for all the children as well as a family gift bag. 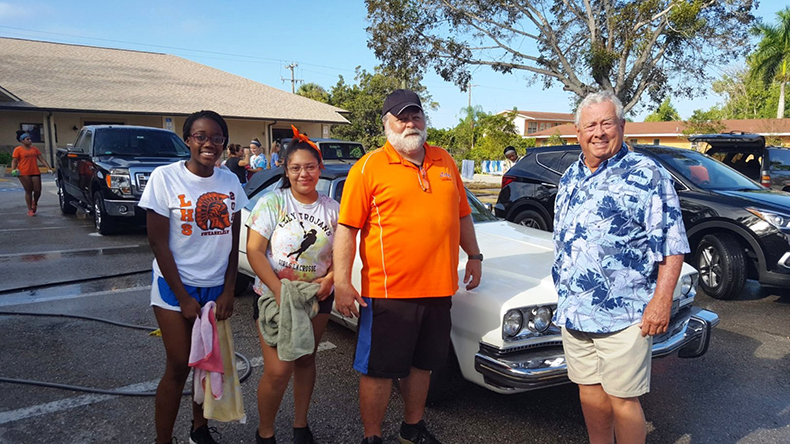 Naples Elks Lodge #2010 donated the use of its facility and resources as part of its ongoing support of youth programs in the community to the Naples Lely High School girls’ lacrosse team. They ran a car wash Dec. 1 to raise funds for non-funded equipment and uniforms needed for the team. Pictured are student team members Thascha Renard and Litzy Lopez; head coach, Brad Bissell; and lodge trustee, Roger Marx. The team raised $850. 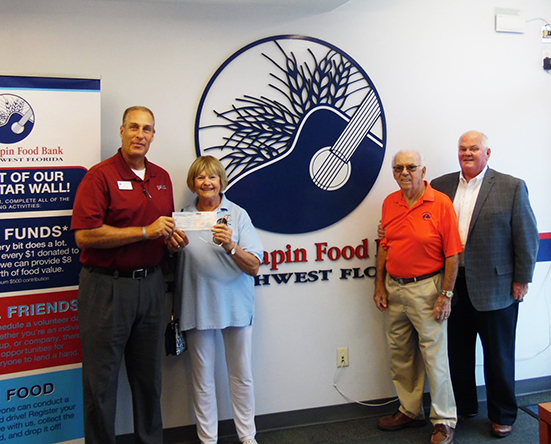 On Nov. 6, Bonita Springs-Estero Elks Lodge #2753 presented a check for $7,340.25 to the Harry Chapin Food Bank to benefit the Florida Hurricane Michael Relief Fund. The lodge held 50/50 raffles, passed the hat at several events and asked the membership for donations. The Elks also matched the single largest donation. 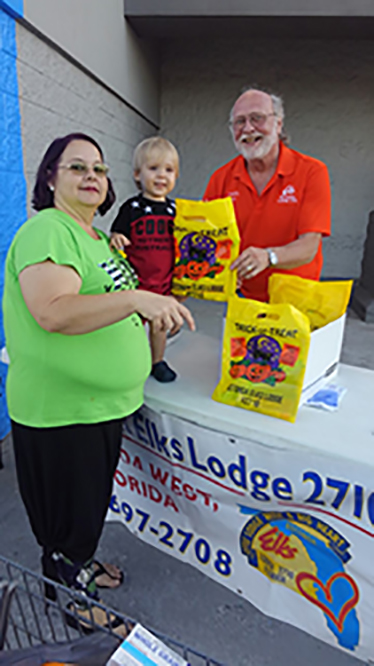 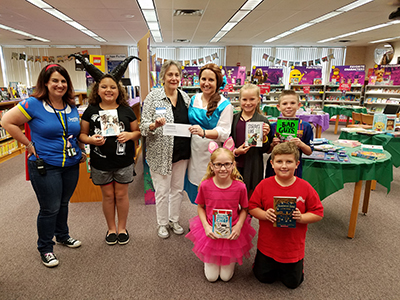 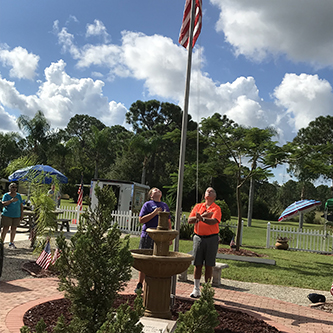 On Saturday, Sept. 12, Rotonda Elks Lodge’s property once again evolved into a large playing field for their third Special Olympics event. Elkette President, Ginny Perry, hosted this event for 55 children and young adults. Before the games began, the American Legion 113 Honor Guard presented the flag. The athletes enjoyed soccer, track, softball toss, bocce, putting golf balls and a beanbag toss. After the competition, volunteers served lunch to some very hungry athletes. Exalted Ruler, Phil Sommers, conducted the award ceremony and distributed medals to all the hardworking athletes. At the closing, one young adult mentioned that he would be back next year. The lodge members were proud to be a part of the 50th year’s celebration of Special Olympics.

Rotonda Lodge’s Bob Humphreys, PER raised the flag with one of the athletes competing in the Special Olympics.

Twenty-three Punta Gorda Elkettes attended the 55th annual Florida Ladies of Elks conference in September. They brought with them a $5,000 donation for Florida Elks Children’s Therapy Services, a $600 donation from the Elkette bocce league for the Florida Elks Youth Camp wish list, and bed pillows and linens for the camp cabins.

The South Southwest District Past Exalted Rulers sponsored a spaghetti dinner hosted by Punta Gorda Lodge Sunday, Sept. 10, to benefit Ron Rehner who has been afflicted with a life-threatening ailment. He is the son-in-law of Don (deceased) and Colleen Roll. Don Roll was the first Exalted Ruler of Punta Gorda Lodge and his daughter is Jacquie Rehner, SWC District Deputy Grand Exalted Ruler and ENF grants coordinator. In addition to proceeds from the dinner, raffles and donations including $250 from the Punta Gorda Elkettes, a check in the amount of $4,500 was presented to help with medical bills. 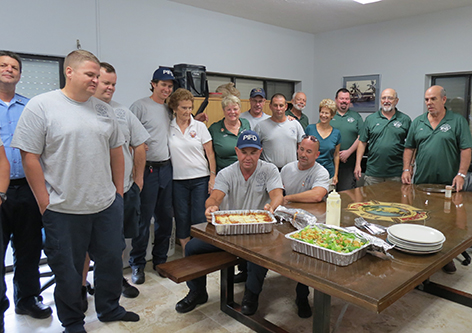 Greater Pine Island Lodge honored the anniversary of Sept. 11 by preparing and delivering a lasagna dinner to their neighboring first responders.