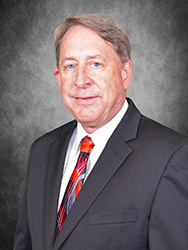 It Really Is OK to Do Things the Way We Have Always Done Them!

Those of you who have followed my articles over the years know that I have opined often on the dangers of having a “but that’s the way we have always done it” mentality. I believe it to be counterproductive to finding new ways to do things and I believe it turns new members away from wanting to help. I realize that the way something has always been done may be a tested and true model for an activity, or that the PER batter for the fish fry fish might be heralded by many as the best thing ever, but what if people aren’t coming to the fish fry because they really don’t like the batter and they just don’t have the heart to tell someone, or maybe they did tell someone and got that dreaded response? We often judge our performance on what it is instead of what it could be or might have been! Do we really know it is the best? Or because it produces the expected 45 dinners sold each fish fry, is that reason enough to not try a new batter or allow a new member to try something new? Author Sean-Paul Thomas is quoted as saying, “It is better to have tried and failed than to have never tried at all.” That is good advice to heed when mentoring a new Elk or a new officer or committee person! But, this is not going to be an article about why we need to support new ideas and let others try new things in the lodge. Rather, this is an article about why, in some cases, it is OK to do things the way we have always done them!

The acclaimed genius Albert Einstein is credited with describing insanity as doing the same thing over and over again and expecting a different result. Taken literally, this theory can be easily debunked, as in some cases, such as a great athlete, doing the same thing over and over is the key to their success. But, in the case of customs, traditions and protocols, we do them repeatedly because they do in fact produce a desired result. The challenge therein lies with how we go about imparting those tried-and-true norms to our new members so those norms may become a part of the fabric or the culture of the lodge!

Say you’re in a lodge whose tradition it is to have the senior-most member of the lodge recite the 11 o’clock toast. One night the hour draws near and New Member Matt, excited that he has finally memorized the toast, in his exuberance, announces that he will give the toast! Traditionalist Tom across the bar grumbles under his breath something about young whippersnapper, and don’t they know in this lodge the senior member does the toast. New Member Matt executes a flawless rendition of the toast, the members all unite in song, and at the end, Traditionalist Tom goes over and abruptly alerts New Member Matt to the tradition of the lodge. How was that new member supposed to know there was the lodge tradition? What was really that wrong with the new member doing the toast? Should Traditionalist Tom have just kept his mouth shut? Do you think New Member Matt will be back in the lodge anytime soon after the dressing-down? Do you think others who witnessed the dressing-down will take any initiative anytime soon? In this scenario, I believe neither Matt nor Tom was wrong. Matt simply didn’t know there was a lodge tradition and Tom was simply passionate about this tradition of the lodge. As with anything, the error is in how the situation was handled. New Member Matt should have realized the Elks is steeped in tradition and should have asked someone before jumping in and Traditionalist Tom should have used the occasion as a mentoring/teaching moment, seasoned member to whippersnapper.

Often customs in a lodge are as simple as good old-fashioned manners, such as guests go first through the buffet line or sometimes even veterans go first. Maybe Traditionalist Tom is a 50-year life member and World War II veteran who comes in every day the club is open and sits in the same seat at the bar from 4 to 6 p.m. Out of respect to Tom, the club informally protects that seat for him each day, but is Tom so vain that if he walked in at 4 and New Member Matt was sitting in his chair, he would turn around and walk out? Let’s hope not, but again, think of the many ways this situation could be mishandled and cause hurt feelings. Gossiping Gertie across the bar might confront New Member Matt and warn him he better get out of Tom’s seat before he gets there! Matt will wonder, why, if he’s a paying member, must he vacate the seat? Matt might also recall that at orientation he was advised that once a member, he would have the same rights and privileges as any other member of the lodge. Why is this Tom’s seat? Had Matt been properly oriented to the customs of the lodge and taught about the respect Elks have for our longtime members and veterans, he probably would have fully understood and I am sure he would want to honor the time-honored traditions.

When members want to know the rules of the lodge, the first place they are told to look is the statutes. Well, many of you know my feeling on this. Any member can on any day read into any statute his or her interpretation of that statute which supports their opinion of what that statute says. The bottom line is that the statutes are organizational related and are the book of big-picture, all-encompassing laws of the order. This is not where they learn about the lodge. The next place they are told to look is the lodge bylaws. Every member should be able to access at anytime an up-to-date version of their lodge’s bylaws. The bylaws are the lodge’s rules made to control the actions of its members. The bylaws pertain to the local lodge and further define certain components of the lodge, especially those that are optional or have variable inputs. They help to guide the lodge’s actions and decisions and they are helpful in resolving conflicts and disagreements. A bylaw might provide for life memberships in the lodge. A bylaw sets the day, time and frequency of meetings for the lodge. A bylaw sets the number of trustees in the lodge, provides for compensation of the secretary, and defines the structure used to operate, manage and control the club operations. Then there are house rules, written and adopted in the lodge within the context of and in association with the bylaws. Here is where a lodge “could” document the traditions of the lodge but often they do not. The house rules are rules such as club and kitchen hours or rules against the use of profanity. They might convey if pets are allowed in the lodge, address children in the bar area, set forth the dress code for the club, etc. Finally, and what I am suggesting today, is the need to write down, record and accept as such the traditions of the lodge, maybe titled as simply that, “The Traditions and Customs of Anytown Elks Lodge #1111.”

A lodge with a defined culture, one replete with order, laws, rules and documented traditions, is bound to be a successful lodge. New members will delight in knowing that they have joined a lodge with traditions passed down through the ages, and existing members will enjoy being a part of an effort to record the lodge’s traditions for the benefit of those who follow. Make the exercise interactive at first. Put up a flip chart in the lodge and ask members to brainstorm ideas for the list. Meet regularly as the list is being developed to refine and record the ideas and then have a general membership meeting to adopt the list for the lodge. This list should not only be given to new members but should also be posted alongside the house rules in the club. Most importantly, though, this needs to become an important part of the lodge’s orientation program. Use a senior member to impart the customs and traditions of the lodge to new members and revel in the stories they will probably be able to talk about as to why the traditions became traditions.

Lodge traditions will die if they are not recorded and properly communicated for all to learn! We must not sit on them and only bring them out when someone wants to make a point! There are times when we should allow others to try and fail, especially when it is with something that isn’t the end of the world such as the famous PER fish fry batter. When it comes to the culture and traditions of a lodge, let’s start our new members out on the right foot. Let’s mentor, train and educate them as they assimilate into our lodges and let’s handle them in a manner that allows them to explore but sets the parameters within which to conduct that exploration. Let’s define what is fair and what is not fair. Let’s utilize the gatekeepers in the lodge in a positive fashion and teach them how to become great mentors!

What are some of your lodge traditions? Email me at carl@floridaelks.org and share!